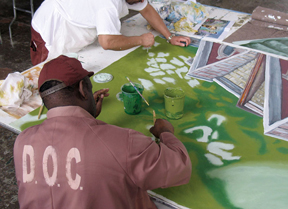 UAB’s Alys Stephens Center and the Sidewalk Film Festival have partnered this season to present a series of independent films designed to get audiences up close and personal with the country’s hottest new directors.

The series is through Southern Circuit, which brings some of the best independent filmmakers and their films from around the country and the world to communities in the South. See the film, then meet the filmmakers and discuss the work. The series transforms the experience of watching independent films from a solitary to shared one, and enables the audience to get into the mind of the film’s creators.

The six-film series will feature Thursday-evening screenings of individual films throughout the season. All movies begin at 7 p.m. in the Alys Stephens Center, 1200 10th Ave. South. Tickets are $10 and $8 for students. Call 205-975-2787 or visit www.AlysStephens.org.

The series begins Thursday Sept. 8, 2011, with “Concrete, Steel, and Paint,” a film about Pennsylvania state prisoners who join with crime victims to create a mural about healing and, in the process, their views on punishment, remorse and forgiveness collide. Their struggle to find creative common ground raises challenging questions about punishment, justice and reconciliation. 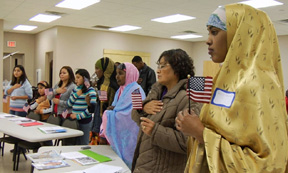 On Oct. 13, see “Louder Than a Bomb,” a film that chronicles the stereotype-confounding stories of four teams as they prepare for and compete in the world’s largest youth poetry slam. The series continues Nov. 17 with “Welcome to Shelbyville,” the story of a town grappling with its segregated past while at the same time navigating the arrival of Latino immigrants and newer Somali refugees who have come to work in the local chicken plant.

“The Toe Tactic,” set for Feb. 9, 2012, brings to life a world of reality and imagination through the filmmaker’s hand-drawn animation and live action as newcomer Lily Rabe interacts with animated forms, with an innovative score by Yo La Tengo. On March 15, 2012, “A Good Man” follows acclaimed director/choreographer Bill T. Jones as he and his company create their most ambitious work, an original dance-theater piece in honor of Abraham Lincoln’s Bicentennial, and come face to face with the country’s unresolved contradictions about race, equality and the legacy of the 16th president.

The series culminates April 12, 2012, with “World’s Largest,” a film that visits 58 small towns across the United States that claim some of the “world’s largest” items as tourism draws and documents the changing, perhaps even vanishing, culture of small-town America.