by Shannon Thomason
Theatre UAB has announced two new shows for its current season: a staged reading of “8 The Play” and “Bat Boy: The Musical.” 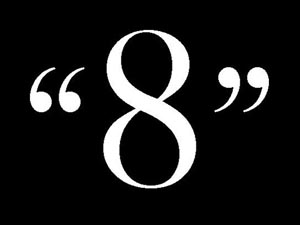 The UAB Department of Theatre, in collaboration with The Alliance for LGBT Equality at UAB, will present a staged reading of “8 The Play” at 7 p.m. Saturday, Jan. 26, 2013, in UAB’s Alys Stephens Performing Arts Center, Sirote Theatre, 1200 10th Ave. South.

“8 The Play,” by Academy-award winning screenwriter Dustin Lance Black, is based on the landmark federal trial court transcripts of the Perry vs. Schwarzenegger case that overturned Proposition 8 in California. In “8,” both sides of the debate around marriage equality are shown in a moving, 90-minute play. The reading will be directed by UAB Theatre Assistant Professor Cheryl Hall, M.F.A. An audience talkback will follow the reading, with representatives from The Alliance for LGBT Equality and The Gay/Straight Student Alliance. Admission is free but donations to The Alliance for LGBT Equality at UAB will be accepted at the door. The event is general seating, reservations not required. Call 205-934-3236 for more information. Visit the UAB Department of Theatre online at www.uab.edu/theatre.

“Bat Boy: The Musical” will replace the previously announced final show of the season, the musical “Dames at Sea.” The change was made to provide more performance opportunities for a growing department, says Theatre Department Chair Kelly Allison, M.F.A.

“Bat Boy: The Musical” features a book by Keythe Farley and Brian Flemming, with music and lyrics by Laurence O’Keefe. Ripped from the 1992 World Weekly News tabloid headline, “Bat Boy: The Musical” is both musical comedy/horror spoof and big-hearted satire on American prejudice. When a half-boy/half-bat creature is discovered in a cave near fictional Hope Falls, W. Va., a local veterinarian’s wife teaches him to act like a “normal” boy. However the citizens of Hope Falls are not so quick to accept Edgar the Bat Boy, prompting a chain of absurd situations and shocking revelations, all set to a peppy, melodic pop-rock score. “Bat Boy: The Musical” contains mature subject matter, comic gore/violence and sexual content.