by Shannon Thomason
Tyson will perform a program of works by Dutilleux, Mozart and Chopin in the intimate setting of ArtPlay’s parlor, presented by the Alys Stephens Center. 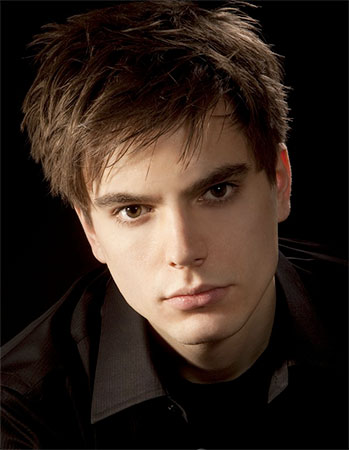 Hailed by BBC Radio 3 as “a real poet of the piano,” Tyson is emerging as a distinctive and important new musical voice. A 2013 Avery Fisher Career Grant recipient, Tyson was also a prize winner at the 2012 Leeds International Piano Competition, where he was awarded the Terence Judd-Hallé Orchestra Prize, awarded to the pianist chosen by the orchestra and conductor Sir Mark Elder. This prize brought three performances of Rachmaninoff’s Concerto No. 2 with the Hallé Orchestra, which were so acclaimed he was re-engaged to perform Rachmaninoff’s “Variations on a Theme of Paganini” and Beethoven’s Piano Concerto No. 4 with the orchestra the past two seasons. He has also been asked to perform again with the Chamber Orchestra of the Triangle and at Rockefeller University, and appears with the North Carolina and Omaha symphonies.

His recital appearances include the Buffalo Chamber Music Society, Musiekzentrum de Bijloke Gent, Palais des Beaux-Arts in Brussels, the Morgan Library and Museum, and the University of Georgia, as well as performances in Azerbaijan, Estonia, Latvia and Lithuania. He will also give duo recitals with YCA violinist Benjamin Beilman. His debut CD, a recording of the complete Chopin Preludes, was released in October 2014 on the Zig-Zag Territories label.

A laureate of the Queen Elisabeth Competition, Tyson made his orchestral debut at age 15 with the Guilford Symphony as winner of the Eastern Music Festival Competition. After early studies with Thomas Otten, DMA, of the University of North Carolina, he attended the Curtis Institute of Music, where he worked with Claude Frank. He later earned his master’s degree and artist diploma at The Juilliard School with Robert McDonald, where he won the Gina Bachauer Piano Competition and received the Arthur Rubinstein Prize in Piano.

This YCA series is made possible by the generous support of Merrill Lynch. Tyson will present an ArtPlay Meet the Artist On the Road show for young students at Bruno Montessori at 10 a.m. Jan. 9.