by Shannon Thomason
For his inaugural ASC performance, Winwood will be joined by a loose, funky, four-man band to stretch his classic tunes into jams. Sugarcane Jane will open the show. 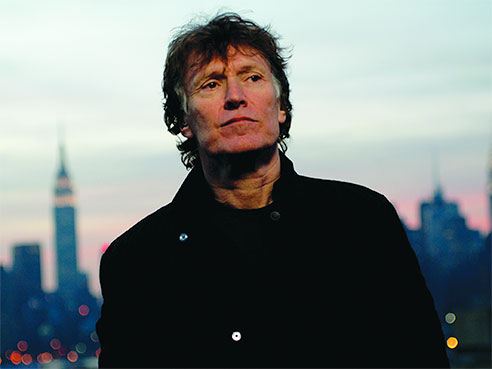 Rock and Roll Hall-of-Famer Steve Winwood will perform Saturday, May 2, in the University of Alabama at Birmingham’s Alys Stephens Performing Arts Center.

For his inaugural ASC performance, Winwood’s still-forceful high tenor voice will soar while joined by a loose, funky, four-man band that will stretch his classic tunes into jams. Alabama Gulf Coast-based Americana duo Sugarcane Jane will open for Winwood.

Winwood’s influential musical history reaches back half a century. With a repertoire that spans decades, he has no shortage of material with which to wow fans.

Winwood burst into prominence in 1963 with the Spencer Davis Group, and since that time his celebrated skills as a composer, vocalist and multi-instrumentalist have developed an impressive catalog of popular music. In 1967, Winwood co-founded Traffic. Beloved for their eclectic style and superbly crafted songs, landmark Traffic albums such as “Mr. Fantasy” and “John Barleycorn Must Die” confirmed their position as one of the most important British groups of the 1960s and 1970s.

In 1970, Winwood reformed Traffic and guided a highly successful run founded on popular and now classic albums such as “The Low Spark Of High Heeled Boys” and “Shoot Out At The Fantasy Factory.”

After going solo in the late ’70s, he released “Arc of a Diver” in 1980, playing all instruments himself and garnering a hit single with his melodic and uplifting “While You See a Chance.” He released “Nine Lives” in 2008 on Columbia Records, and it opened at No. 12 on Billboard’s 200 Album chart.

Many honors have been bestowed on Winwood. He is a recipient of the Ivor Novello Outstanding Song Collection and the Musicians Union Classic Rock Award — honors voted for by his peers. He received an honorary doctorate in music from Berkeley College of Music and a second doctorate from Ashton University in his hometown of Birmingham, England. In 2014, he was inducted into the Walk of Fame in Nashville, Tennessee.

Anthony and Savana Lee Crawford, known as Sugarcane Jane, will release a new studio album “Dirt Road’s End,” conceived and co-produced with Americana/roots singer-songwriter Buzz Cason, on April 28. Rich, homegrown and natural, their music draws from a deep well of roots influences, interwoven with inflections of gospel, country, jazz and rock. Both virtuosos in their own right, Anthony is a songwriter who plays acoustic guitar, mandolin, and a bass drum or stomp box, while Savana Lee deftly dances between rhythm guitar, tambourine and snare drum.