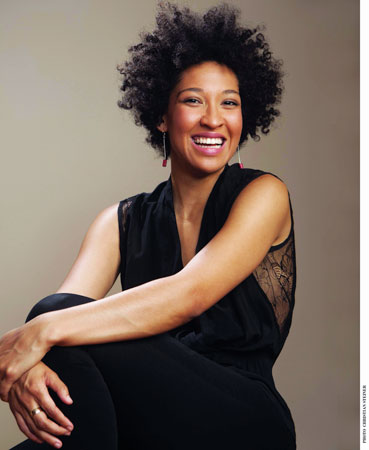 The ArtPlay Parlor Series, presented by the University of Alabama at Birmingham Alys Stephens Performing Arts Center, features Young Concert Artists in the intimate environs of the ArtPlay House parlor. Winner of the 2014 Naumburg International Vocal Competition and the 2012 Young Concert Artists International Auditions, Bullock has been hailed by The New York Times as an “impressive, fast-rising soprano … poised for a significant career.”

Pianist John Arida will accompany Bullock. The performance is set for 7 p.m., in ArtPlay, 1006 19th St. South. Tickets are $37.50 and include beverages and hors d’oeuvres.

Bullock also will present an ArtPlay Meet the Artist On the Road show at Avondale Elementary School at 10 a.m.

Bullock has performed the title role in the Juilliard Opera productions of “The Cunning Little Vixen,” to rave reviews. This season, she reprises the title role in Henry Purcell’s “The Indian Queen,” directed by Peter Sellars at the Perm Opera House, and at English National Opera. In 2013, she made her San Francisco Symphony debut in “West Side Story,” conducted by Michael Tilson Thomas; an album of the concert is available on the orchestra’s label. She is pursuing her artist diploma with Edith Bers at The Juilliard School.

Merrill Lynch sponsors her residency at the Alys Stephens Center.