Erika Doss to speak at BMA on 20th century artists and religion Sept. 16

by Shannon Thomason
The free lecture “Spiritual Moderns: Twentieth Century American Artists and Issues of Religion” is sponsored in part by the UAB College of Arts and Sciences’ Department of Art and Art History through the Jemison Visiting Professorship in the Humanities. 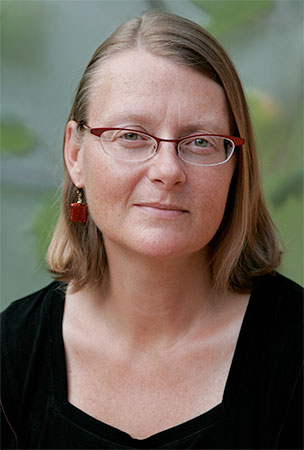 University of Notre Dame Professor Erika Doss will speak Wednesday, Sept. 16, on 20th century artists and issues of religion at the Birmingham Museum of Art.

The lecture, “Spiritual Moderns: Twentieth Century American Artists and Issues of Religion,” is sponsored by the University of Alabama at Birmingham College of Arts and Sciences’ Department of Art and Art History through the Jemison Visiting Professorship in the Humanities, Birmingham Museum of Art and Birmingham Southern College.

Doss is professor in the Department of American Studies at the University of Notre Dame, where she teaches courses in American, modern and contemporary art.

The free lecture is set for 6:30 p.m. at the BMA, 2000 Rev. Abraham Woods Jr. Blvd. Doss will examine the significance of religious belief in the making and meaning of modern American art.  Looking at American moderns ranging in stylistic diversity from Joseph Cornell and Mark Tobey to Agnes Pelton, Mark Rothko and Andy Warhol, in her lecture she will further consider why religion was largely excluded in the history of modern American art, especially as that history was shaped in the early through mid-20th century.

Graham Boettcher, chief curator and William Cary Hulsey curator of American Art at the BMA, says Doss’ work in this area is nothing short of groundbreaking.

“Despite the central role played by religion in American culture, it curiously remains one of the least explored aspects of this country’s visual history, particularly in the 20th century. Those interested in modern art and the spiritual alike will delight in Doss’ revelations,” Boettcher said.

Doss is the author of “Benton, Pollock and the Politics of Modernism: From Regionalism to Abstract Expressionism” (1991), “Spirit Poles and Flying Pigs: Public Art and Cultural Democracy in American Communities” (1995), “Elvis Culture: Fans, Faith and Image” (1999), “Looking at Life Magazine” (editor, 2001), “Twentieth-Century American Art” (2002), and “Memorial Mania: Public Feeling in America” (2010). Doss is also co-editor of the “Culture America” series at the University Press of Kansas, and is on the editorial boards of Memory Studies, Public Art Dialogue, and Material Religion: The Journal of Objects, Art and Belief. Her current research project is “Spiritual Moderns: Twentieth Century American Artists and Religion.”