by Shannon Thomason
Celebrate St. Patrick’s Day at the ASC with singer-songwriter Marc Broussard and his bayou-tinged blend of Southern soul. 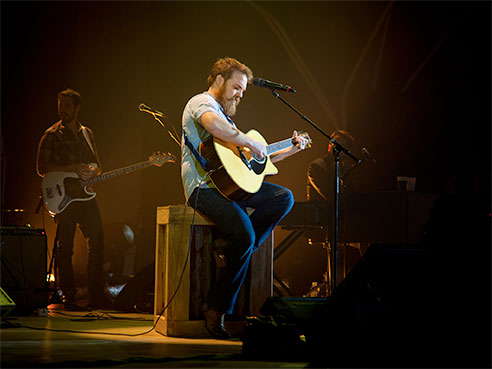 Singer-songwriter and guitarist Marc Broussard will bring his brand of “Southern soul” music to the University of Alabama at Birmingham’s Alys Stephens Performing Arts Center on Thursday, March 17.

Channeling the spirits of classic R&B, rock, and soul into contemporary terms, Broussard brings his Louisiana heart to Birmingham to help the ASC celebrate St. Patrick’s Day. Known for his sultry voice and mesmerizing guitar instrumentations, Broussard is sure to charm the audience with the authentic sounds of the South heard through his music.

The acclaimed musician has released seven studio recordings and one live album. His most popular hits include “Where You Are” and “Home,” as well as his more recent “Must Be the Water,” “Lucky,” “Only Everything” and “Cruel,” and “Hurricane Heart” from his 2014 album “A Life Worth Living.” His latest release and his first Christmas album, “Magnolias and Mistletoe,” came out in late 2015.

Broussard is the son of acclaimed Louisiana Hall of Fame guitarist and former member of The Boogie Kings, Ted Broussard. He was raised in Carencro and Lafayette, Louisiana. Broussard founded the Momentary Setback Fund to benefit victims of hurricanes Katrina and Rita. He contributed all of the proceeds of his album “Bootleg To Benefit the Victims of Hurricane Katrina” in 2005 to help rebuild his home state. Broussard is involved with the United Way and Habitat for Humanity and in 2007 went to the Middle East with the Entertain the Troops tour.