by Shannon Thomason
Yelp’s Fire and Ice will feature live music, food vendors from around the city, beer pairings, giveaways and more. 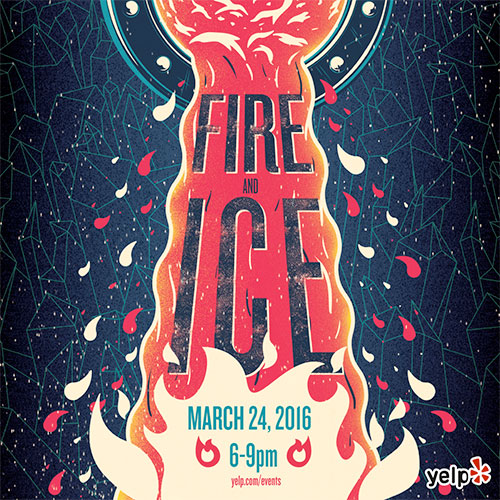 The event is free for anyone with a Yelp profile, but a $10 donation is suggested by Yelp Birmingham to benefit ArtPlay, the Alys Stephens Center’s home for arts education. Anyone with a Yelp profile can attend and bring a guest; everyone planning to attend Yelp’s Fire and Ice must RSVP in advance and receive a confirmation from Yelp.

The party will feature live music from The Mints, a musical experience concocted by Kevin Scott; a live broadcast of the “Oh Brother Radio” on Birmingham Mountain Radio; and a Yelp hot sauce-tasting bar.

Donations will be taken up at the door and will be given directly to ArtPlay. As the education and outreach program of UAB’s Alys Stephens Center, ArtPlay brings free arts education experiences into schools and communities and brings schools into the ASC for free performances by premier artists.