by Shannon Thomason
Babyface, “The Story Behind the Songs” will bring together musical reminiscences from throughout his career with behind-the-scenes anecdotes, along with hit music. 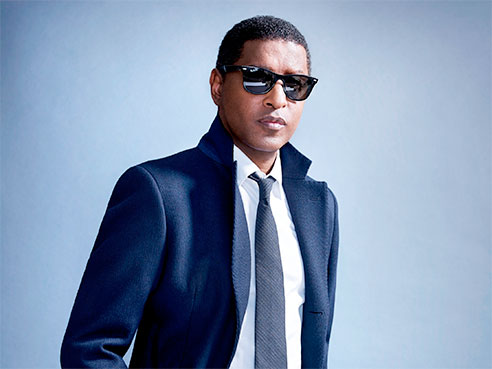 Legendary R&B and pop singer/songwriter Kenny “Babyface” Edmonds will perform to a sold-out audience Saturday, May 21, presented by the University of Alabama at Birmingham’s Alys Stephens Performing Arts Center.

Babyface, “The Story Behind the Songs” is set for 8 p.m. in the ASC, 1200 10th Ave. South. His program will bring together musical reminiscences from throughout his career with behind-the-scenes anecdotes, along with hit music. Tickets are sold out. To be added to the waiting list, call 205-975-2787 or visit www.AlysStephens.org for more details.

After a near-decade long break from releasing new music, Babyface dropped “Return of the Tender Lover” in late 2015, marking a return to the R&B sounds of the ʼ80s and ʼ90s.

Edmonds has written and produced more than 125 Top 10 R&B and pop hits, and has 11 Grammys on his shelf, including one from his 2014 duets album with Toni Braxton, “Love, Marriage & Divorce.” Many favorite songs by Michael Jackson, Whitney Houston, Madonna, Eric Clapton, Mariah Carey, Celine Dion, John Mellencamp, Beyoncé and Aretha Franklin, to name a few, were written by Babyface. His most recent productions with other super-star vocalists include Colbie Caillat, Jennifer Hudson, Barbra Streisand and Ariana Grande. Edmonds’ charitable work is as impressive as his professional accomplishments. His compassion and generosity have earned him several accolades, including the Essence Award for Excellence, City of Hope Award and Variety Magazine’s “Top of the Town” Honoree Award.