by Shannon Thomason
Presented by the College of Arts and Sciences’ Abroms-Engel Institute for the Visual Arts, the exhibition opens June 3 with a performance by the artist and a free opening reception. 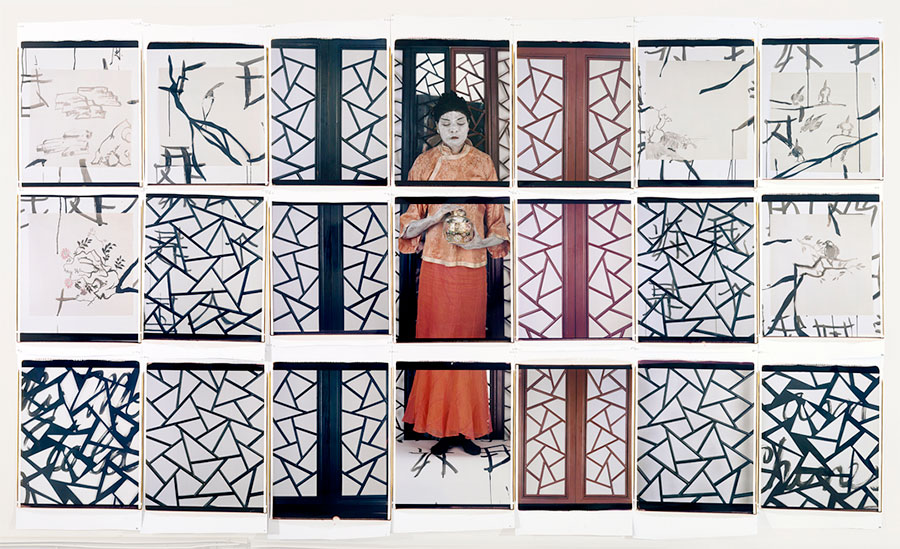 María Magdalena Campos-Pons (b. 1959, Cuba, currently lives and works in Boston, Massachusetts), "My Mother Told Me I Am Chinese, The Painting Lesson," 2008, 20x24 inches Polaroid Polacolor #7 each, 81x154x1 inches total dimension. Courtesy of the artist.

One of the foremost post revolution Cuban artists, María Magdalena Campos-Pons will present a performance and have an exhibition of her work featured by the University of Alabama at Birmingham.

“María Magdalena Campos-Pons: Picturing/Performing the Self,” part of a series exploring Cuban art, is presented by the College of Arts and Sciences’ Abroms-Engel Institute for the Visual Arts.

The exhibition is set for June 3-Aug. 20, with a free opening reception from 6-8 p.m. Friday, June 3, at the AEIVA, 1221 10th Ave. South. The artist will present a free performance at AEIVA at 5 p.m. preceding the opening reception.

Campos-Pons delves into the complexity of her heterogeneous Cuban identity in works that include large-format Polaroid photography, as well as video and mixed-media installation. She investigates themes of gender, sexuality and cultural identity. Her multilayered cultural heritage includes ancestry of African, Hispanic and Chinese descent. 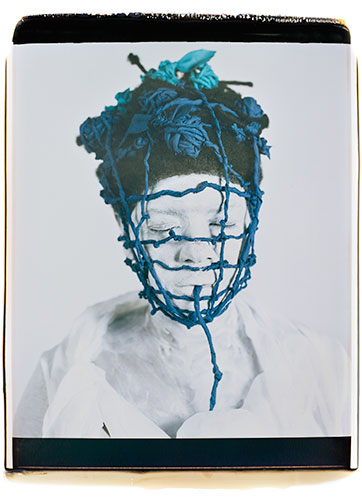 María Magdalena Campos-Pons (b. 1959, Cuba, currently lives and works in Boston, Massachusetts.), "Freedom Trap," 2013 (detail), Polaroid 20” x 24” (each, diptych), Polacolor #7, K3 Color Digital Print Edition of three. Courtesy of the artist.Campos-Pons, born in Matanzas, represented Cuba at the Venice Biennale in 2013. Her art has been shown in exhibitions including solo exhibitions at the Museum of Modern Art in New York City, the Johannesburg Biennial, the first Liverpool Biennial, the Dakar Biennale in Senegal and the Guangzhou Triennial in China. Campos-Pons’ work is in the collections of the Smithsonian Institution, the Art Institute of Chicago, the National Gallery of Canada, the Victoria and Albert Museum, the Museum of Modern Art, The Museum of Fine Arts, the Miami Art Museum, and the Fogg Art Museum. Campos-Pons teaches at the School of the Museum of Fine Arts, Boston.

“María Magdalena Campos-Pons: Picturing/Performing the Self” is curated by AEIVA Director Lisa Tamiris Beckerand is supported in part by Judy and Hal Abroms and AEIVA’s generous members.

Also opening June 3 at AEIVA are “American Sublime: Selections from the Jack and Susan Warner Collection of American Art” and “Yaacov Agam: Metamorphic,” an exhibition featuring more than 30 small works by the world-renowned optical and kinetic art pioneer.

“American Sublime” features 17 works selected from the Warners’ private collection, including masterpieces of 19th and early 20th century American art by Winslow Homer, Jasper Cropsey, Alfred Jacob Miller, Frederick Frieseke, Thomas Cole and Frederic Edwin Church. The exhibition will highlight numerous movements in American Art, including The Hudson River School and the American Impressionist movement, and will foreground the significance of the search for a distinctly “American Sublime.”

In appreciation for Agam’s long history with the region — Agam created the eye-catching and recently restored “Complex Vision” work visible on the front of the Callahan Eye Hospital to passers-by on University Boulevard for four decades —“Metamorphic” pulls entirely from private collections in and around Birmingham. The exhibition will highlight works spanning multiple decades with a strong emphasis on Agam’s popular Agamograph technique, which utilizes lenticular printing to create different images in a single artwork when viewed from multiple angles.