by Shannon Thomason
Tour the exhibition, enjoy refreshments, and hear music by Dmitri Shostakovich and Kurt Weill in this free collaboration by the Department of Music and the Abroms-Engel Institute for the Visual Arts. 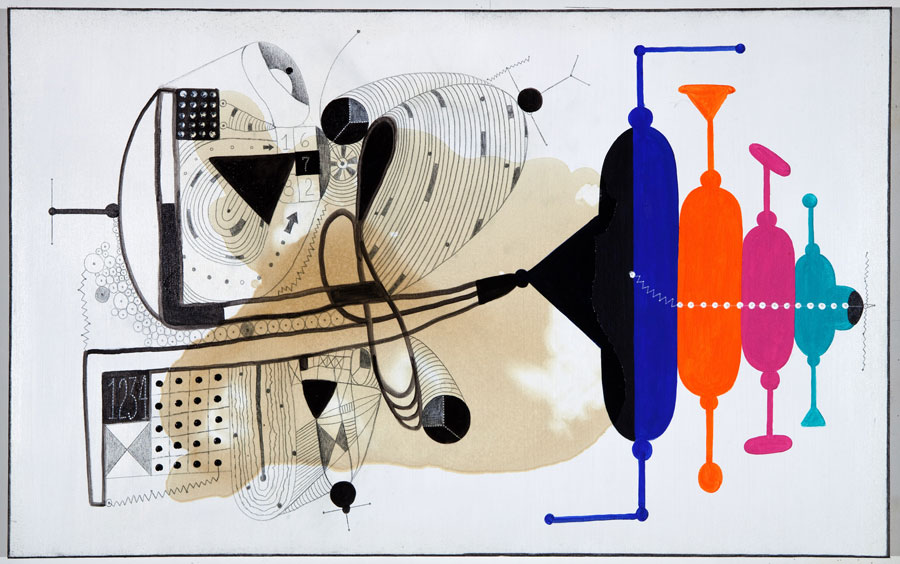 Presented in collaboration by the College of Arts and Sciences’ Department of Music and the Abroms-Engel Institute for the Visual Arts, Chamber Music @ AEIVA is a free event that offers an art and music reception after work in a relaxing setting.

The fourth Chamber Music @ AEIVA features a concert in the gallery in conjunction with the exhibition “Luis Cruz Azaceta: War and Other Disasters.” The reception is at 5 p.m., followed by the concert at 5:30 p.m. The event is free and open to the public. Artwork is on exhibition in all three galleries.

“Luis Cruz Azaceta: War and Other Disasters” is presented by PNC with the UAB College of Arts and Sciences and AEIVA. This exhibition is part of a series highlighting Cuban art presented by the AEIVA.

Cruz Azaceta’s potent work fuses geometric abstraction with socially conscious neo-expressionism to explore the violence and injustice of our time. The exhibition includes a selection of 18 major canvases created between 2002 and 2016. Works on view cover topics ranging from the violence in Benghazi, Syria, and across the Middle East to disasters closer to home such as Hurricane Katrina, the BP oil spill and the 9/11 World Trade tower attacks.

The exhibition will also include a selection of works on paper and a third gallery featuring a related sculptural installation, which will remain on view through Nov. 19.

Cruz Azaceta was born in Havana in 1942 and immigrated to the United States at the age of 18. During his youth in Cuba, he witnessed the violence of multiple regimes firsthand, which laid the groundwork for his sensitivity to social and political issues as an artist.

“Azaceta’s work is very much informed by the violent and unjust acts he witnessed in Cuba as a young man,” said John Fields, AEIVA curator. “The lasting impact these atrocities had on the young artist is reflected in his commitment to socio-political issues.”

Cruz Azaceta studied art at the School of Visual Arts in New York City, and his “apocalyptic pop” style characterized his initial entry into the art world. He became known for his powerful neo-expressionist works in the 1970s and ʼ80s, with his first solo exhibition in New York City at the Allan Frumkin Gallery in 1975. Throughout the 1970s, ʼ80s and ʼ90s, his bold cartoon-influenced paintings, which chronicled both urban and international violence and injustice, often incorporated a wry wit. In 1992, he moved to New Orleans, where he has continued his prolific artistic practice. 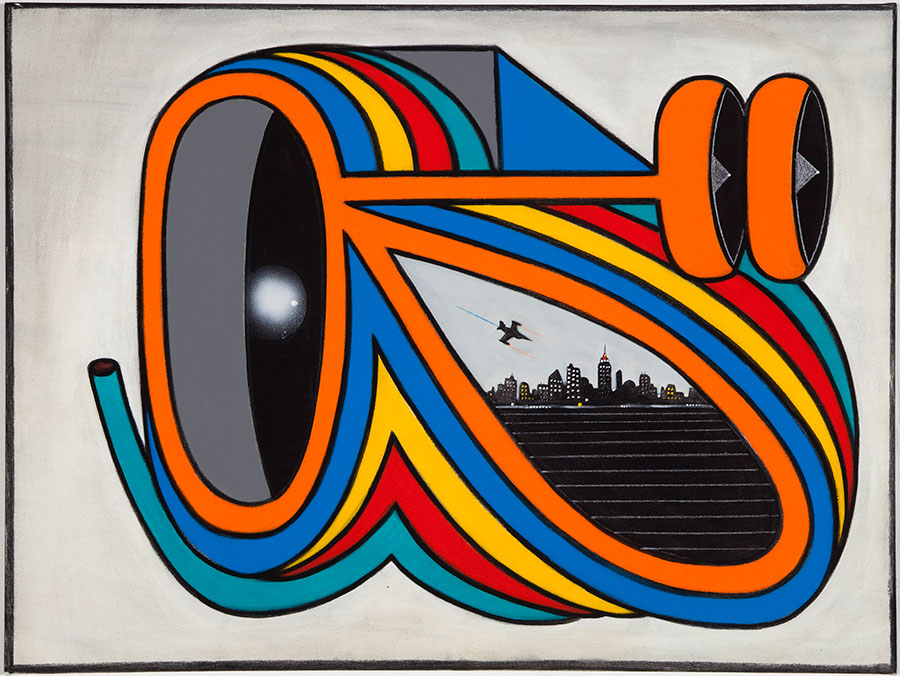