by Shannon Thomason
Levinthal will speak about his work at 5 p.m. Friday, March 2, with a free reception to follow from 6-8 p.m., presented by UAB’s Abroms-Engel Institute for the Visual Arts. 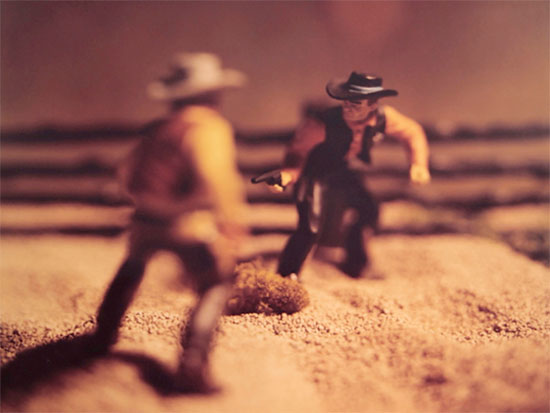 David Levinthal "Untitled" from the series "Wild West," 1988; Polaroid Polacolor ER Land Film 20 inches by 24 inchesArtist David Levinthal will speak on his photographic works Friday, March 2 at the University of Alabama at Birmingham.

Levinthal will attend the closing reception for the exhibition, “David Levinthal: Playland,” presented by the College of Arts and Sciences’ Abroms-Engel Institute for the Visual Arts.

He will speak at 5 p.m., followed by the reception at 6 p.m., in the AEIVA. Both events are free and open to the public.

One of the most prolific and acclaimed photographers of his generation, Levinthal uses toys and miniature figures as subjects for his images.

Levinthal, who is also considered to be one of the first postmodern photographers, uses much of his work to question the role of photography as a reliable presentation of historical fact through intricately restaging significant moments or cultural milestones throughout history. “As children, so much of our early social development occurs through these little melodramas that we act out with our toys,” said AEIVA Curator John Fields. 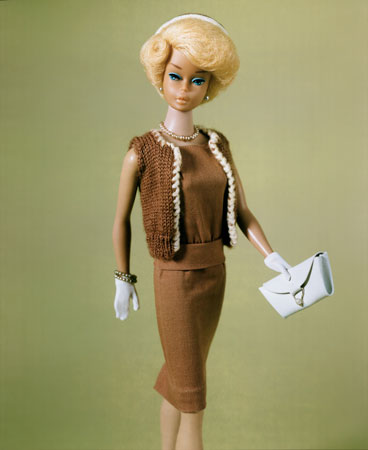 David Levinthal "Untitled" from the series "Barbie," 1998; Polaroid Polacolor ER Land Film 20 inches by 24 inchesThe majority of works on display in “David Levinthal: Playland” come from the most recent addition to the AEIVA Permanent Art Collection, a gift of 59 large-format Polaroids by Levinthal recently donated to AEIVA by an anonymous collector. The donation includes images from several series by the artist spanning multiple decades, including “Barbie,” “American Beauties,” “Blackface,” “Wild West,” “Mein Kampf” and “Passion.” Also included in the exhibition are works from several private art collections in Birmingham.

“This is a very significant acquisition for AEIVA,” Fields said. “AEIVA already houses many large-format Polaroids by several notable artists. To be able to add such a sizeable number of works by such an important artist greatly enhances the educational value of our collection. It is a remarkable privilege.”

Born in San Francisco, California, Levinthal received his Bachelor of Arts degree in studio art from Stanford University and his Master of Fine Arts degree in photography from Yale University. He received a National Endowment for the Arts Fellowship in 1990 and a John Simon Guggenheim Foundation Fellowship in 1995. Levinthal’s works have been exhibited extensively nationally and internationally, and featured in national publications including The New York Times, The Village Voice, Artforum and The New Yorker. His works reside in numerous public collections including The Whitney Museum of Modern Art, the Metropolitan Museum of Art, the Smithsonian Museum of American Art and the Birmingham Museum of Art.