by Shannon Thomason
John Strohm, a music technology grad, says he owes a debt of gratitude to UAB and his professors for “making it easy to find my way on this professional journey.” 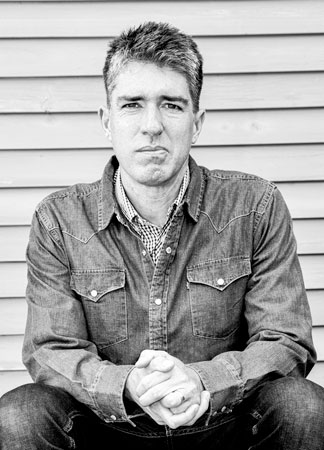 Strohm came to UAB in 1998 to finish his undergraduate degree after years of performing and producing music: He was a founding member of the trio Blake Babies, was the front man for Velo-Deluxe and toured with The Lemonheads. He had dropped out after two years at Berklee College of Music in Boston to pursue his music career. He moved to Birmingham to be with his then-girlfriend, Heather, with plans to finish his degree and then start law school to become an entertainment lawyer. He and Heather married in 2000.

It was hard emotionally to go back to school at 30, he says; but once he got started, he found it much easier to focus on his studies than he thought, and was a much better student. He majored in history with a minor in music technology, in what is now the College of Arts and Sciences.

“Music technology was my minor, but it really helped me to learn emerging technologies,” Strohm said. He enjoyed the Department of Music’s music technology ensembles and classes, and he became more proficient on piano.

As an entertainment lawyer in Nashville, Strohm has helped develop the careers of bands including Alabama Shakes, Bon Iver, The Civil Wars, Sturgill Simpson, Dawes, Julien Baker and many others, according to MusicRow. He is getting used to his new job as president of Rounder Records but said, “It really feels like what I’ve spent my whole life preparing to do.

“If someone had told me when I started at UAB that it would take me 20 years, but I’d end up here, I’d have been thrilled,” he said. “I’m really grateful to all the mentors I’ve had along the way who opened doors for me. But I really owe a debt of gratitude to UAB and my professors for making it easy to find my way on this professional journey. None of it would have been possible without that beginning.”

UAB prepared him well for the rigors of law school and helped him make the transition from professional music to law practice. His advice to young musicians is to “learn music fundamentals and especially theory, and learn the physics of sound. While technologies will change and become obsolete, the fundamentals won’t change.”

Strohm offered pointers on what students should do to get the most from their experience and make headway in the music business. 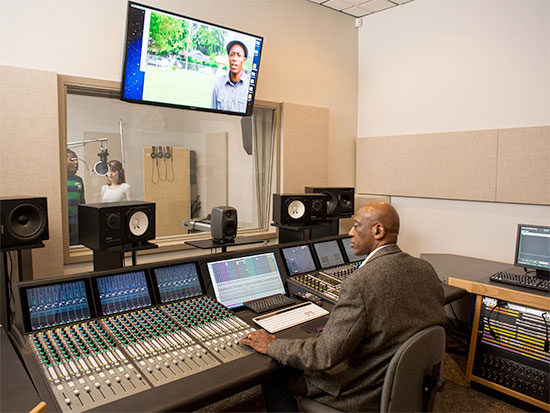 Henry Panion III in the UAB Music recording studio“I meet a lot of young people in music business programs in Nashville,” Strohm said. “I’ve been around long enough to see which students succeed in this business. The jobs go to the students who are most driven to succeed and, particularly, the most entrepreneurial. I personally only hire people who are truly passionate about music, and they’re usually either musicians or people who would be musicians if they had the talent.”

In partnership with the UAB Collat School of Business and UAB’s Innovation Depot, music tech majors may now pursue a minor in entrepreneurship, designed specifically to give students extensive business training and practice through courses, seminars, practicums and internships.

“It is becoming more important for musicians to possess a level of business acumen equal to their musical and technological abilities, in order to navigate the freelance world of music,” Panion said.

Understanding copyright laws, recording contracts, artist management, royalties and performance fee structures is paramount. The ability to strategically incorporate all forms of social media for marketing and promotions has also become as important as perfecting one’s artistic craft.“In many cases, those skills may determine the success of one’s career,” Panion said.