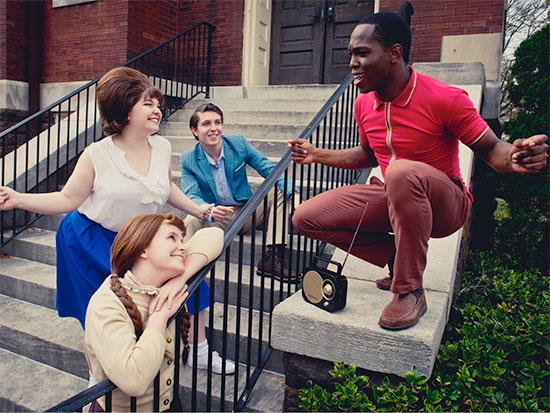 Theatre UAB is the performance company of the University of Alabama at Birmingham College of Arts and Sciences’ Department of Theatre.

The 1950s are out, and change is in the air. Winner of eight Tony Awards, including Best Musical, “Hairspray” is all about the ’60s and piled bouffant-high with laughter, romance and deliriously tuneful songs.

Based on the 1988 John Waters film by the same name, it’s the story of young, vibrant Tracy Turnblad in 1962 Baltimore. Determined to dance on “The Corny Collins Show,” Tracy sets out on a mission to make that a reality. After being rejected from her audition, she meets Seaweed, who introduces her to new dance moves that land her a coveted place on the show. After becoming an overnight success, Tracy uses her newfound influence to advocate for racial integration on the television show. Throughout the musical, Tracy is the catalyst for change, not only within her own thinking, but also the people and the world around her.

“This production celebrates acceptance,” Lightner said. “Acceptance of race, love, body and dreams. How beautiful that song and dance is used as the vehicle to demand equality.”

Lightner says he believes that New York Times theater critic Ben Brantley said it best: “For ‘Hairspray’ is, above all, Nice. – But Nice, in this instance, doesn’t mean bland. Think of it spelled neon, perhaps in letters of purple and fuchsia. That’s the kind of Nice that ‘Hairspray’ is selling. And it feels awfully good to pretend, for as long as the cast keeps singing, that the world really is that way.” 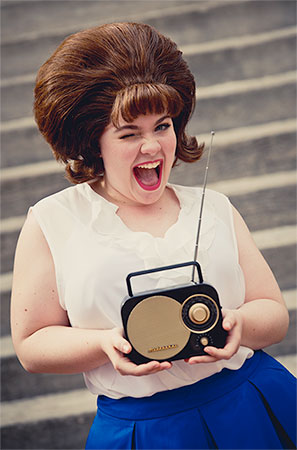 Justine Nelson of St. Petersburg, Florida, as Tracy Turnblad“Hairspray” features music by Marc Shaiman, lyrics by Scott Wittman and Shaiman, and a book by Mark O’Donnell and Thomas Meehan. The production is co-directed by Lightner and Head of Musical Theatre Valerie Accetta, MFA, with musical direction by Carolyn Violi. Guest artist Kurt Alger, sponsored by the Jemison Visiting Professorship in the Humanities, will provide and style most of the wigs for “Hairspray.” He will also teach a wig styling workshop for theater students.

Students in the Department of Theatre have approached this production with a fire and passion, with weeks of intense, long and detailed rehearsals, Lightner says.

“I am beyond proud of the work the students have put forth, and excited to share our work with our audiences,” he said.