by Yvonne Taunton
Award-winning linguist David J. Peterson will delve into the art of creating artificial languages with the UAB community. 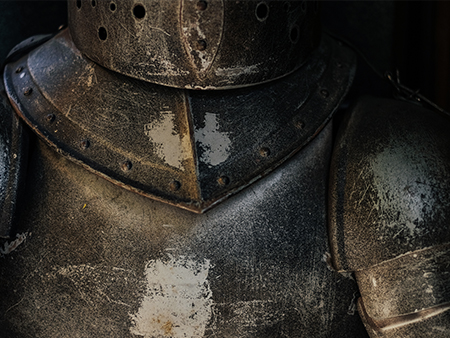 With its final season approaching Sunday, April 14, an overwhelming excitement has filled the hearts of many loyal fans for the thrilling HBO series “Game of Thrones,” especially after the  new Season 8 trailer posted online this past week, further ratcheting up the anticipation. That is especially true for the University of Alabama at Birmingham’s College of Arts and Sciences’ Department of English and the Honors College.

The departments will host a lecture Thursday, April 4 — one week prior to the “Game of Thrones” season premiere — featuring David J. Peterson, an American linguist, creator and artist, who has developed artificial languages for many television shows and movies, including the Dothraki and Valyrian languages for the hit show. The event will be held at 5 p.m. in the UAB Student Hill Center's Alumni Theatre and is open to the public.

The lecture will provide students the opportunity to gain detailed insight on best practices when creating artificial languages from Peterson’s perspective.

“By creating their own languages, students learn more about the organizational principles underlying natural languages,” said David Basilico, Ph.D., associate professor and director of Linguistics. “We are thrilled to have this opportunity to share our constructed languages with one of the best in the field, and to get insights from Peterson’s own story about language creation for the cultural phenomenon that is ‘Game of Thrones.’”

Dothraki was featured primarily in the first and second seasons of “Game of Thrones.” Peterson says he was given an “astonishingly short” window to create the Dothraki language but was able to handle it due to his professional background as a conlanger.

“In the case of ‘Game of Thrones,’ I didn’t have time to read all the books, because it was a competition,” Peterson said. “We had a month and a half to do it. I couldn’t read all of them, though I did read the Daenerys chapters.”

Unlike Dothraki, the Valyrian language is often mentioned, but not developed beyond a few words.

Prior to any language creation, Peterson collaborates with the show’s producers and writers to garner as much information as possible on the characters, which helps him paint a narrative of how he envisions the grammar’s overall sound.

Peterson has a background in academic linguistics, earning a bachelor’s degree in English and linguistics from the University of California Berkley in 2003, and a master’s degree in linguistics from the University of California San Diego in 2005. Alongside “Game of Thrones,” he also developed languages for Syfy’s “Defiance,” Netflix’s “Bright,” the CW’s “Star-Crossed,” Showtime’s “Penny Dreadful,” NBC’s “Emerald City” and Marvel’s “Thor: The Dark World,” among others.

In the fall of 2015, Peterson published his nonfiction book, “The Art of Language Invention,” which he will discuss with the lecture attendees.