by Shannon Thomason
Approximately 1,577 students will graduate from UAB this fall, and an estimated 850 will participate in commencement ceremonies. 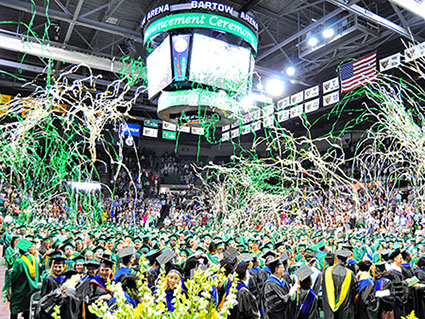 A to-do list for graduates, as well as information for guests, is available on the commencement website. Tickets are not required; but seating for the commencement ceremonies is first come, first served. Bartow Arena doors will open one hour prior to each ceremony. University officials recommend guests leave nonessential bags at home or in the car. The ceremonies will be recorded and available live online for viewing at uab.edu/commencement/video. 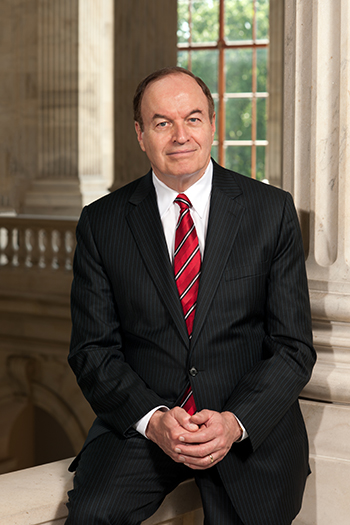 U.S. Senator Richard ShelbyU.S. Senator Richard Shelby will be awarded the UAB President’s Medal during Saturday’s ceremony. With Shelby’s longtime advocacy of federally funded research, the leading-edge research conducted at UAB and other prominent universities continues to have a profound impact on health and quality of life, educational opportunity, technology, and economic development across Alabama and the United States.

For fall 2019, the UAB Graduate School will confer the university’s highest degrees on 92 students from 17 states and four countries representing 30 disciplines; approximately 77 will participate in the ceremony. The academic mace will be carried by Karolina Mukhtar, Ph.D., associate professor in the College of Arts and Sciences’ Department of Biology. Mukhtar received the 2019 Presidential Early Career Award for Scientists and Engineers through the National Science Foundation. It is the highest honor bestowed by United States President Donald Trump to outstanding scientists and engineers who are beginning their independent research careers and who have shown exceptional promise for leadership in science and technology.

For the undergraduate ceremony on Saturday, the academic mace will be carried by Gustavo “Tavo” R. Heudebert, M.D., MACP, who is the recipient of the 2019 Ellen Gregg Ingalls/UAB National Alumni Society Award for Lifetime Achievement in Teaching. Heudebert is a professor in the UAB Department of Medicine’s Division of General Internal Medicine, associate dean of Medical Education in the School of Medicine at UAB, and interim dean of the School of Medicine’s Montgomery Regional Campus.

Mary Elizabeth “Mary Beth” Greenway, MSN, CRNA, will be the speaker for the graduate commencement ceremony. She is graduating with a Doctor of Nursing Practice degree under the mentorship of Lori A. Loan, R.N., Ph.D., FAAN. Her DNP project, “Video Augmentation of Patient Education for Labor Analgesia in Primiparous Parturients Undergoing Induction of Labor,” focuses on educating first-time mothers regarding their pain management choices for labor.

Greenway graduated with a Bachelor of Science degree in nursing from Harding University in Searcy, Arkansas, in 2006. That same year, she began her career as a registered nurse in the Brookwood Medical Center Coronary Care Unit. In 2009, she graduated with a Master of Science degree in nursing with an emphasis in nurse anesthesia from Samford University and worked as 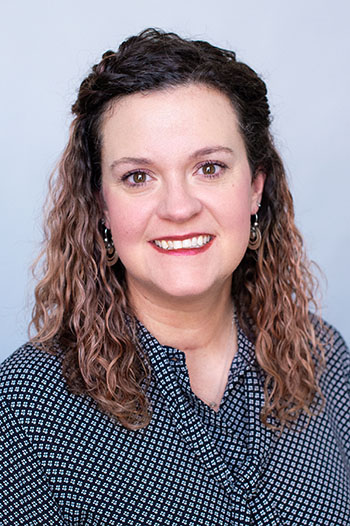 Throughout her nursing career and education, Greenway has provided nurse anesthesia services for international surgical mission trips to Guatemala and Belize. Serving underserved communities has been a primary focus for her. Greenway will continue to work full time as a CRNA with the University of Alabama Health Services Foundation and St. Vincent’s Hospital. 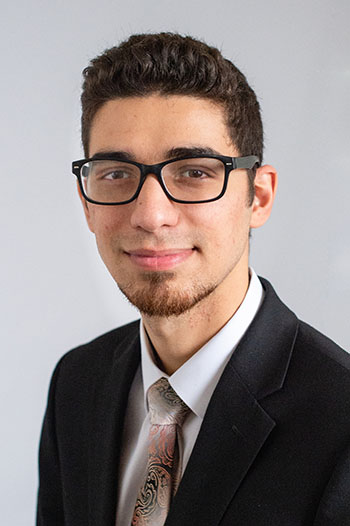 Midani was born in Los Angeles, California, and moved to Birmingham in 2014 after he graduated from high school in Istanbul, Turkey. He started his education journey at Jefferson State Community College while working part time at Best Buy. Since January 2017, he has been a software designer for Southeastern Biocommunication Associates, LLC, where he designed and constructed a computer-based software for an algorithm for definitive differential diagnosis of physiological disorders of the upper aero-digestive tract. In May 2018, he was hired as an engineering intern for Alabama Power Co., where he performs scripting and reporting data and model integrity to improve the functionality of advanced distribution systems applications used at Alabama Power. For the past few years, Midani has also worked on many projects including rebuilding and evaluating hybrid vehicle battery systems and repaired more than 15 vehicles.

Midani is a member of the UAB Honors College and the Phi Theta Kappa Honor Society. He has been a recipient of a UAB Joint Admission Program scholarship, Phi Theta Kappa scholarship and an Innovate Birmingham scholarship. After graduation, Midani will work at Alabama Power full time as a software engineer in Power Delivery Technology. His future plans are to continue his education in the field of software and computer engineering, pursue a professional engineer license, and continue research and development with SBA for interactive reporting software to be used in the medical field.