by Shannon Thomason
David H. Parker will walk in UAB’s commencement, then head west to the University of California, Los Angeles, where they will pursue a Master of Fine Arts degree in Theatre Directing, with a full scholarship. 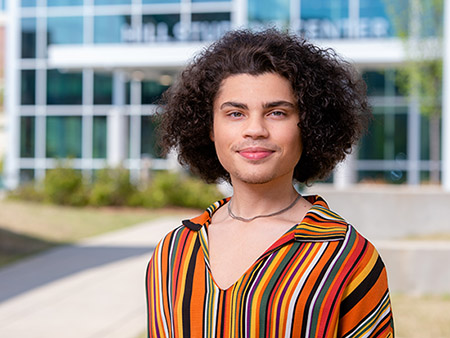 Parker will graduate May 1 from the University of Alabama at Birmingham, with a Bachelor of Arts degree in performance and directing from the College of Arts and Sciences’ Department of Theatre.

Their next destination is the University of California, Los Angeles, where they will pursue a Master of Fine Arts degree in theater directing — on a full scholarship through UCLA’s Graduate Opportunity Fellowship — beginning this fall.

“Everything I aspired to — but never thought I could realistically achieve 10 years ago — led to UCLA, and now I’m getting paid to go,” Parker said. “So, by speaking my next big dream into the world, I, too, give that dream a pair of legs and a set of lungs.”

Parker’s next “big dream” is to spearhead a film and theater production company “that brings in Black and queer guest artists to lead master classes, direct productions and collaborate on works, and facilitates programs for underrepresented youth,” they said. Specifically for youth “who wish for early opportunities to get involved in theater, particularly directing, that I also didn’t have access to at such a pivotal time in my life.”

UAB will host in-person commencement at Legion Field on April 30, May 1 All 2020 graduates and spring 2021 graduates are invited to participate. Students must register to walk by April 16; register here.

Parker, 22, is a Cody Renard Richard Scholar and also hosts a podcast, “The Queer Code,” with Devin Ty Franklin, 21. Parker and Franklin, both of whom use ‘they’ pronouns, touch on themes ranging from humorous to emotionally raw. They hope their company, Atypical Studios, represents traditionally underrepresented groups in theater, including Black, queer, women,

Latinx and “anyone else who fits under the umbrella of intersectionality.” The pair were featured in Reckon’s “Young, Southern and Black” series, exploring how Black Southerners under 30 see the future of a region that raised them.

Parker’s undergraduate senior thesis is “It Starts with the Shoes.” They wrote the script for the workshop-style piece based on a series of interviews with individuals who identify as queer/Black/non-binary, and is also directing the show, which will debut online April 24 and remain on the Theatre UAB Vimeo page for a limited time. 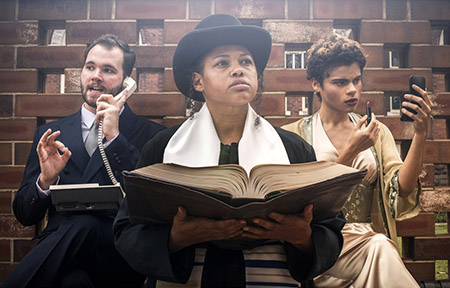 Parker (far right) portrayed Prior Walter in “Angels in America Part I: Millennium Approaches” (2018)At UAB, Parker took as many opportunities as possible: “Through Theatre UAB, I was connected to professional opportunities early on that shoved me abruptly — and lovingly — out of my comfort zone.” Parker has:

For Theatre UAB, Parker had the fortune of playing several roles that challenged them in completely different ways.

Parker worked with Birmingham Black Repertory Theatre Company and was honored with the BBRTC Community Leadership Award in spring 2020 for organizing the Black-Inclusive Night and Talkback for the all-Black production of “The Glass Menagerie” at UAB, and with the TASxBBRTC Theatrical Fellowship for spring/summer of 2021. In spring 2020, Parker was chosen to participate as a student director in the 10-Minute Play Festival at the Kennedy Center American College Theater Festival. Their work is showcased on their website, davidhparker.co/. 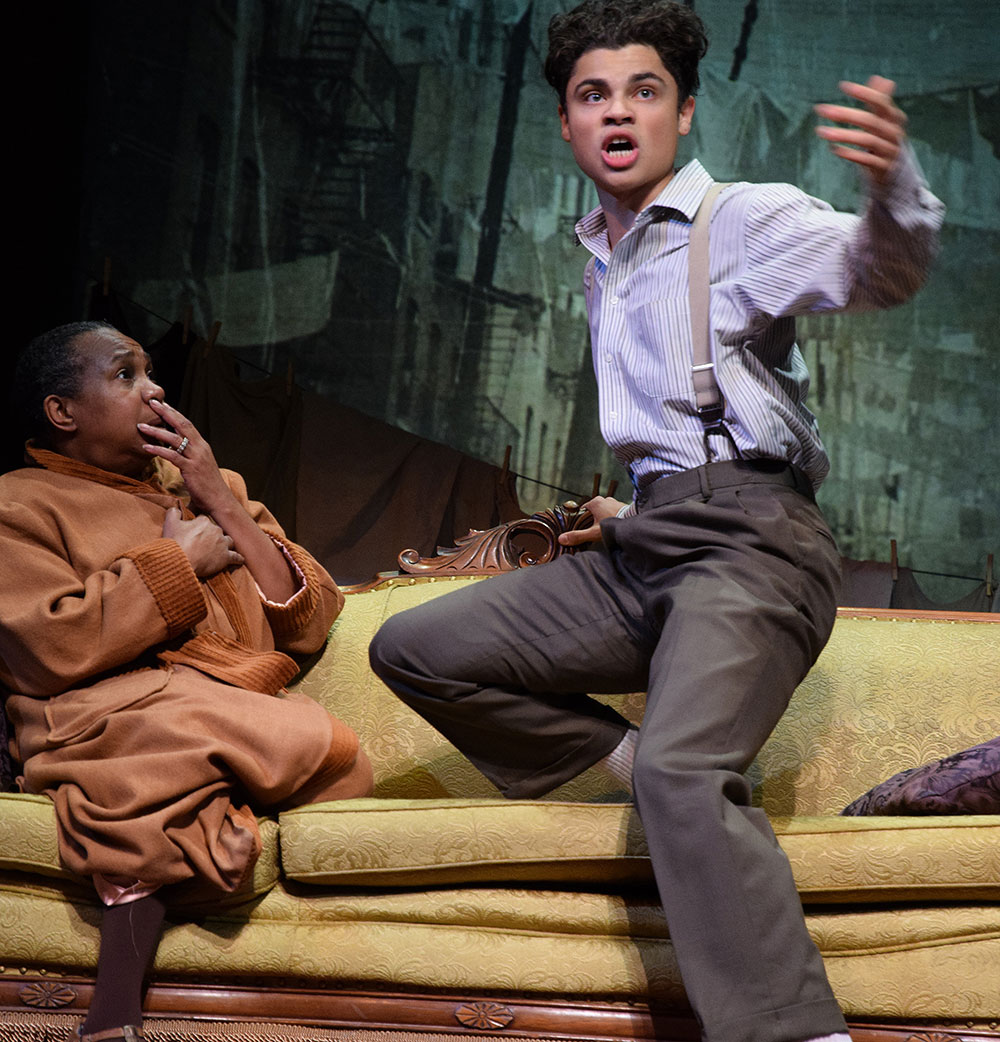 David H. Parker with Cheryl Hall in "The Glass Menagerie"Thanks to Lightner, Parker’s Capstone professor, they have been in an internship since January with Rashad V. Chambers — Broadway producer of “The Inheritance” and “Ain’t Too Proud: The Life and Times of the Temptations” and CEO of Esquire Entertainment — which has been invaluable in learning the ropes of theater and film production/talent management.

Before heading west, Parker will walk in UAB’s upcoming commencement ceremony May 1, with their family present at Legion Field.

“The level of ‘who-knows-what’s-gonna-happen’ is at its absolute max right now; but with the experience I have gained in this humble community on and off campus, I am well-prepared and eager to jump into the challenge headlong,” Parker said.