by Savannah Koplon
A UAB College of Arts and Sciences alumna has been named the 12th Alabama state poet laureate. 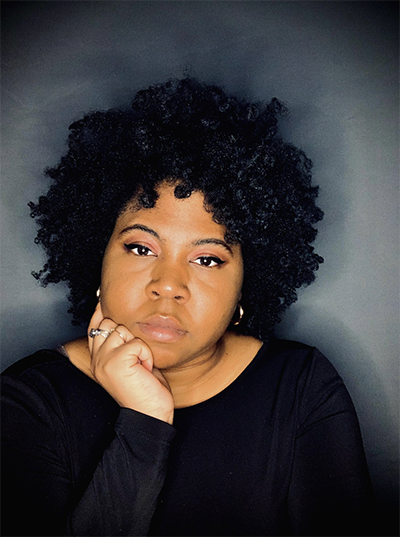 Ashley Jones alumna Ashley Jones has been named the State of Alabama’s poet laureate. Jones, a graduate of UAB’s Department of English in the College of Arts and Sciences, is Alabama’s first Black poet laureate, as well as the youngest at age 31.

In her role as Alabama’s poet laureate, Jones will tour the state to make appearances at schools, universities, libraries and other state institutions, as well as give lectures, read poetry and hold poetry workshops. The term of poet laureate is four years.

“I’m really excited to get to celebrate the vibrant and thriving landscape of Alabama poets and lovers of poetry,” Jones said. “I’ve been so grateful to be part of the literary community here, and I hope I can continue to contribute to it and further highlight it during my tenure as poet laureate.

At UAB, Jones was an English major and a member of the Honors College’s University Honors Program and Multicultural Scholars Program. When reflecting on how her time at UAB helped shape her into the writer she is today, Jones says she was able to leverage her interdisciplinary interests by exploring the ways in which her writing craft interacted with other disciplines.

“UAB’s English Department, and specifically the Creative Writing program, allowed me the time and space to continue honing my writing skills, which helped me as I pursued an advanced degree and as I continue to practice writing today,” Jones said. “Being around so many ambitious and passionate young learners really kept me motivated to continue in the pursuit of my dreams.”

In addition to her role as poet laureate, Jones’ latest book of poems, “Reparations Now!” was released Sept. 7 and is available for purchase. Jones also founded the Magic City Poetry Festival in 2018, which seeks to celebrate community through free events and community conversations. MCPF is committed to providing an alternative to any sort of hierarchical, colonial or gatekeeping models for artistic production or consumption.