by Savannah Koplon
UAB has been recognized as one of just 13 institutions ranked as national leaders in racial and gender diversity representation in leadership. 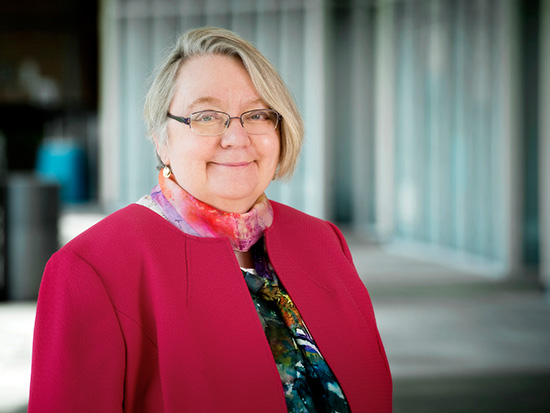 Pam Benoit, Ph.D.
Photography: Steve WoodThe University of Alabama at Birmingham has been recognized as one of just 13 institutions ranked as national leaders in racial and gender diversity representation in leadership, according to a 2021 report conducted by the Women’s Power Gap Initiative at the Eos Foundation, in partnership with the American Association of University Women.

WPG’s report, The Women’s Power Gap at Elite Universities: Scaling the Ivory Tower, ranks the nation’s 130 elite research universities along gender and racial lines, with UAB ranking 12th overall. UAB was acknowledged for racial and gender-specific advancements among leadership, including:

“Women have to advance one another on the path to leadership by empowering, nurturing and contributing to women’s thriving and achieving, and I believe women benefit from having other women as role models and mentors,” said UAB Provost Pam Benoit, Ph.D. “I appreciate being able to bring a different perspective and approach into decision-making as a woman in leadership. It is not uncommon to be the only female in the room, and I have worked to counter stereotypes. I am fortunate to have supportive colleagues at UAB, where there is a true commitment to inclusivity.”

At UAB, women fill more than 58 percent of all leadership positions, including seven of the 13 deans identifying as female — an almost 7 percent increase since 2017. Notably since fall 2017, UAB has added 20 percent more female faculty — approximately three new female faculty for every one new male — and of the 492 faculty in fall 2021, 74 percent were female.

WPG’s 2021 report detailed alarming statistics and noted the need for significant change as it relates to gender and racial diversity in leadership roles in academia. Findings note that, while women have outnumbered men in terms of enrollment in colleges for more than four decades, women make up just 22 percent of university presidents, with only 5 percent of presidents being women of color.

As a Black female dean of UAB’s largest entity in the school’s academic enterprise, College of Arts and Sciences Dean Kecia M. Thomas, Ph.D., reflects on what UAB’s commitment to diversity meant to her as she considered accepting her role as dean in 2020.

“Knowing that I would not have to contend with the spotlight nor the burden of being a first or a token at UAB certainly made coming here very attractive. The fact that there were already two successful and long-serving Black deans and multiple white women leading schools suggested to me that the institution lived its espoused values of inclusivity,” Thomas said. “Access is essential for recruitment, but equitable treatment is required for retention and advancement.” 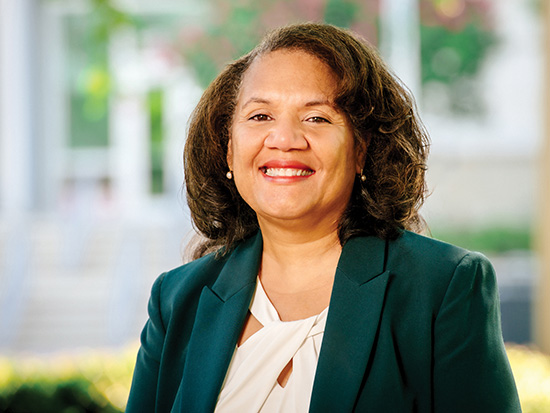 Kecia Thomas, Ph.D.
Photography: Steve Wood“Having women in leadership roles across UAB’s academic and medical campuses, throughout the UAB Medicine enterprise, and among key positions in the president’s cabinet is a testament to our shared values of diversity and inclusiveness, excellence, and achievement, as well as accountability,” said Selwyn Vickers, M.D., dean of UAB’s Marnix E. Heersink School of Medicine, CEO of the UAB Health System and CEO of the UAB/Ascension St. Vincent’s Alliance. “At UAB, we firmly believe that varied representation and equal access to leadership roles, particularly among racially and gender-diverse candidates, will continue to foster significant and positive trickle-down impacts. This will undoubtedly help us attract and retain strong talent that will keep moving UAB forward as a national leader in academics, medicine and research.”

The Women’s Power Gap Initiative was created by the Eos Foundation in 2018 to dramatically increase the number of women from diverse backgrounds among CEO and C-suite leaders nationally. WPG conducts and commissions actionable research on prominent sectors of the economy and measures the extent of the power and wage gaps at the company or institutional level to highlight those making fast progress and those falling behind.

The AAUW, founded in 1881, is a nonprofit, nationwide network of 170,000 members and supporters, 1,000 local branches, and 800 college and university partners that advances gender equity for women and girls through advocacy, education and research.