Live HealthSmart Alabama has taken its signature keys — healthy eating, prevention and wellness, physical activity, and education — to create and implement initiatives at all levels within the institution.
Written by: Jessica Rhinehart
Media contact: Adam Pope 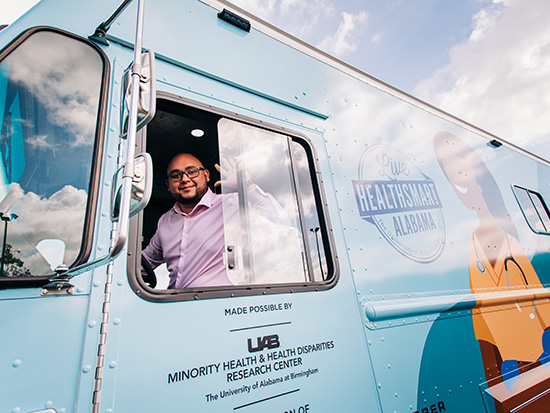 Live HealthSmart Alabama has taken its signature keys — healthy eating, prevention and wellness, physical activity, and education — to create and implement initiatives at all levels within the institution.

“Live HealthSmart is making a difference in our Birmingham-area communities that will extend across the state, and we want our campus – our students, faculty, staff, patients and visitors – to benefit as well,” said UAB President Ray L. Watts. “As we look at how our demonstration zones achieve a healthier lifestyle, we can take what we learn to others throughout our state to help achieve the goal of enhancing the health of all Alabamians.”

Working synergistically to achieve some of the same goals is the Okanagan Charter. UAB, the first U.S. university to sign the charter, has committed to being a health-promoting university focusing on people, places and the planet. To do this, Watts has established a well-being task force to mindfully partner and fully align programs and goals throughout the institution. 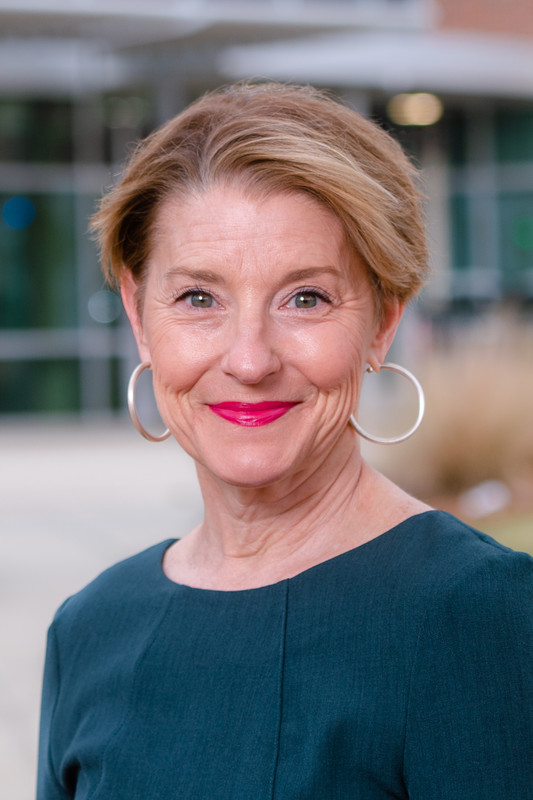 Teresa Shufflebarger, chief administrative officer for Live HealthSmart Alabama“As a health-promoting university, we are working to embed health into all we do,” said Rebecca Kennedy, Ph.D., assistant vice president for Student Health and Well-Being. “The UAB demonstration zone will serve as a model of ways to improve the health and well-being of people who live, learn, work and play here that can be replicated across the country and around the world.”

“There are 49 colleges and universities in the state of Alabama,” said Teresa Shufflebarger, chief administrative officer for Live HealthSmart Alabama. “Just think about our impact if we had a framework here in Birmingham and could expand it outward. This model would be a platform to make a big difference, quickly.”

To begin developing this plan, Live HealthSmart Alabama has leveraged its good relationships with the deans in each of UAB’s schools to launch a demonstration zone advisory committee. In its entirety, the group consists of about 28 people, which is divided into four sub-committees — one for each of the keys mentioned above — and includes faculty, staff and students appointed from each school.

“We ensured there is a student voice on each of these committees,” Shufflebarger said. “Students have a unique perspective, and embedding it into the health-focused culture we are trying to build is important to the overall success of this program at UAB. Also, the deep support and engagement from the deans have been inspirational. Each of them has embraced Live HealthSmart Alabama and wants to provide their resources to help make this successful.”

Tasked with leading these committees and the overall UAB demonstration zone are co-chairs James Hill, Ph.D., chair of the Department of Nutrition Sciences, and Irfan Asif, M.D., associate dean for Primary Care and Rural Health.

Hill believes that because UAB is dedicated to educating students and preparing them to be successful in life, the entire UAB community has a responsibility to include good health in that narrative.

“Having a UAB demonstration zone is critical because we want to go out and change the world, but we need to show that we can do it ourselves first,” Hill said. “This is a concrete commitment to not just telling people to be healthy, but taking responsibility for making our students, faculty and staff healthy. I challenge everyone at UAB to step up and make our campus the healthiest university in the country.”

Live HealthSmart Alabama has already rolled out several activities to promote its keys on campus.

First, Live HealthSmart Alabama has brought its fresh and affordable grocery store on wheels, the Mobile Market, to campus. With an entire wall of produce and an incredible selection of pantry staples, proteins and dairy, the Mobile Market gives UAB students and employees access to healthy eating options. 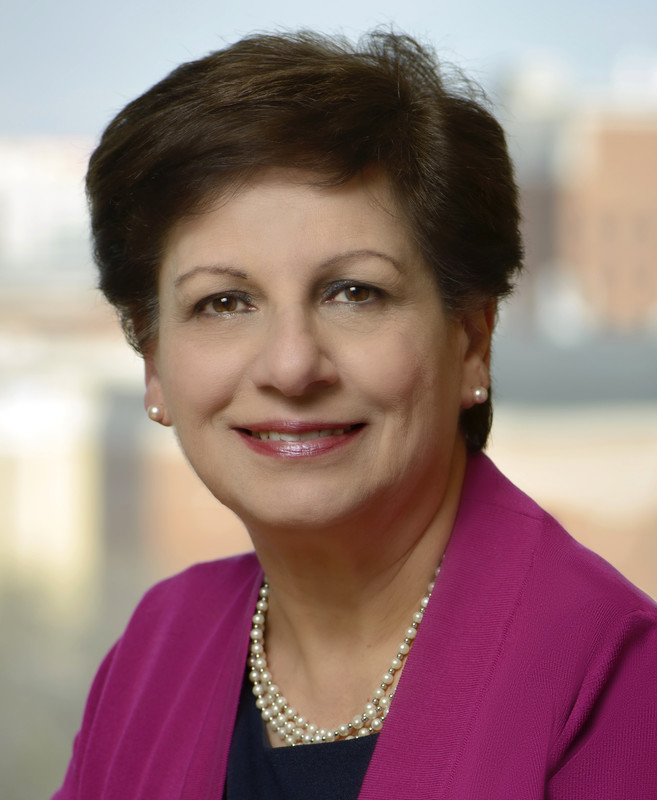 Mona Fouad, M.D., chief executive officer of Live HealthSmart AlabamaNext, Live HealthSmart Alabama joined a larger consortium to improve overall campus health and wellness by establishing UAB as a tobacco-free zone to encourage smoking cessation. As a result, this aims to reduce the number of smokers on campus and eliminate the damage done by secondhand smoke.

Third, Live HealthSmart Alabama has collaborated with the UAB Office of Employee Wellness to create indoor and outdoor walking trails — giving employees and students a safe and measured way to track physical activity. Similarly, in a partnership with the UAB Recreation Center, all three groups offer promotional campaigns to increase exercise participation.

Finally, as part of the extension grant awarded by UAB, education was added as a key pillar. This critical component for lasting success can be partially seen by curriculum changes.

“One of the courses we’ve added to the Department of Nutrition Science is called Wellness and You,” Hill said. “Students will engage in physical activity, nutrition and wellness throughout the semester. It is a way to make these teachings real. Last year, a student told me it helped reshape their entire lifestyle and everything they are doing here at UAB.”

These examples are just some of the improvements Live HealthSmart Alabama has brought to campus — with many more to come.

“What we’re doing here in Birmingham is just the beginning,” said Mona Fouad, M.D., chief executive officer of Live HealthSmart Alabama. “The proven initiatives that are created here could go on to change the state, region and country. We are excited to have UAB as the newest Live HealthSmart Alabama demonstration zone, and we are grateful for all the support we have been shown. This partnership has truly been a full alignment of goals within the entire university.”