“King of Conscious Hip-Hop” Common to give lecture at UAB

by Jim Bakken
Common, a sought-after speaker, will give a talk titled “One Day It’ll Make Sense” on Feb. 25 as part of UAB’s Black History Month celebrations.

Actor, author and Grammy award-winning hip-hop artist Common will give a lecture at the University of Alabama at Birmingham (UAB) at 7 p.m. Monday, Feb. 25, 2013, in Bartow Arena. The ticketed event is open to the public and is part of UAB’s Black History Month celebrations, as well as its partnership in the citywide U.S. Civil Rights Movement commemoration 50 Years Forward. 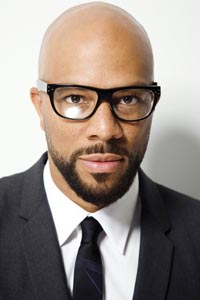 Admission is free to UAB students, faculty and staff. Tickets for the public are $5 in advance and $10 on the day of the event.

Heralded as the “King of Conscious Hip-Hop,” Common is known for his poetic, consciousness-laced lyrics. He has recorded nine acclaimed studio albums, including his latest, “The Dreamer/The Believer.” Born Lonnie Rashid Lynn Jr., he received his first Grammy in 2003 for Best R&B Song for “Love of My Life (An Ode to Hip-Hop)” with Erykah Badu. In 2006, Common won his second Grammy for Best Rap Performance by a Duo or Group for “Southside” featuring Kanye West.

In 2007, he launched Common Ground Foundation, which is dedicated to the empowerment and leadership development of urban youth. He has also penned several children’s books. I Like You but I Love Me was nominated for an NAACP Image Award.

Common also wrote a memoir, One Day It’ll All Make Sense, that has received critical praise. He is a sought-out speaker on college campuses across the country.

Event tickets will be released in phases at the Hill University Center (HUC) front desk, located at 1400 University Boulevard. Beginning Wednesday, Jan. 2, 2013, students can pick up no more than two tickets each. On Monday, Jan. 21, UAB faculty and staff can get tickets. The general public can purchase tickets for $5 each beginning Friday, Feb. 1. On the day of the event, tickets to the public will be on sale for $10 at the HUC.

About UAB and 50 Years Forward
As an institution committed to service, excellence, diversity and community involvement, the University of Alabama at Birmingham is a proud partner with the City of Birmingham in 50 Years Forward, the ongoing 50th anniversary commemoration of the seminal events of the of the U.S. Civil Rights Movement. UAB is joining with others to mark this enduring legacy in a way that looks to the future — to sharing new knowledge that benefits society, to advancing the cause of human rights while educating tomorrow’s leaders and to improving quality of life for all. Learn more at www.uab.edu/50yearsforward.