Acclaimed director to screen, discuss his film at UAB

"The House I Live In" won the 2012 Sundance Film Festival Grand Jury Prize for Documentary. 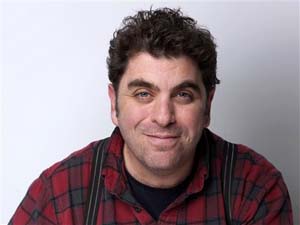 Award-winning filmmaker Eugene Jarecki will screen his documentary “The House I Live In” at 7 p.m. Tuesday, March 26, 2013. The film, which gives an intimate look into the effects of the drug war, won the 2012 Sundance Film Festival Grand Jury Prize for Documentary. The free, public event will take place at the University of Alabama at Birmingham (UAB) Hulsey Recital Hall, 950 13th St. South.

The screening is one of several events in the UAB College of Arts and Sciences’ Civil Rights Commemorative series, as well as a part of the UAB and City of Birmingham partnership, 50 Years Forward, the ongoing 50th anniversary commemoration of the seminal events of the U.S. Civil Rights Movement.

Jarecki has acquired a laundry list of honors for his documentaries. His film, “Reagan,” which examined the life and legacy of the U.S. President Ronald Reagan, premiered at the 2011 Sundance Film Festival to much acclaim. In 2010, he co-directed a film inspired by the best-selling book “Freakanomics.” His 2006 film, “Why We Fight,” won the Grand Jury Prize at the Sundance Film Festival, as well as a Peabody Award. It was broadcast in more than 40 countries and released in more than 250 cities across the country.