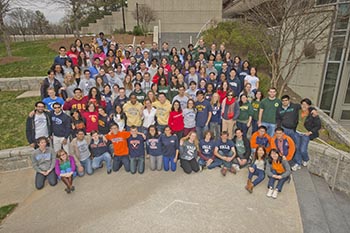 For the second year in a row, the team representing UAB at the International Emory Global Health Case Competition won the Innovation Award. The fifth annual multidisciplinary competition was developed and coordinated by Emory University’s Global Health Institute and featured 24 teams of undergraduate, graduate and professional school students from multiple academic disciplines representing different universities from around the world.

This year’s case focused on China’s goals to emphasize global health, with special attention given to water and sanitation.  With only five days to prepare their response, teams were tasked with developing a sanitation strategy that would improve global health and maximize China’s returns. The teams then proposed their strategies to an expert panel of judges who represented institutions such as the World Bank, China’s Medical Board and UNICEF.