The University of Alabama at Birmingham School of Business will be named for longtime supporters Charles and Patsy Collat in recognition of their $25 million in gifts and pledges to the school. 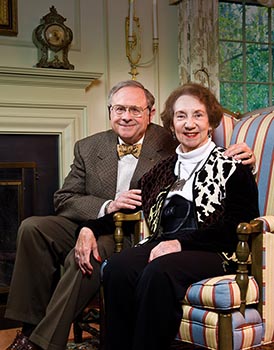 Charles and Patsy CollatThe naming, approved today by the University of Alabama System Board of Trustees, comes as the university prepares to publicly launch the Campaign for UAB, its most ambitious fundraising campaign to date, with the Collat donation as the lead gift.

Charles Collat is former CEO of Mayer Electric Supply Company Inc. Under his leadership, Mayer grew to be one of Birmingham’s largest privately held companies. He and his wife Patsy are longtime supporters of UAB, and their collective gifts represent the largest philanthropic support from any donor to UAB. The naming will make The Charles and Patsy Collat School of Business the first school at UAB to carry the name of a benefactor.

Calling theirs a “transformational gift,” UAB President Ray L. Watts said, “We are so proud that our business school will bear the Collat name. Charles and Patsy have set a tremendous example for others who want to see UAB faculty, staff and students continue to bring recognition to our city and state through outstanding education, patient care, research and service. This is just the beginning.”

Shirley Salloway Kahn, Ph.D., vice president for development, alumni and external affairs, noted that the Collats’ support over the last three decades “has helped UAB grow into the dynamic institution it is today, and their generous gift and confidence in our ambitious plans comes at a crucial time in our growth strategy. The naming of the school in their honor is so fitting, as they have been so faithful to UAB and the School of Business with their service and support throughout the years.”

The Collats’ gift will establish an endowment, the earnings from which are to provide vital funding for scholarships and support for programs throughout the school, such as industrial distribution and entrepreneurship, that will enhance student experiential learning opportunities.

“We are so grateful for the Collats' continuing support for our school, and we will carry our new name with tremendous pride,” said Eric Jack, Ph.D., dean of the business school. “This generous gift will enable us to grow in our targeted areas of strategic excellence, and it will have a transformational impact on the lives of thousands of students. It will also raise our profile as one of the premier business schools in the Southeast, and this will benefit our beloved city and state for years to come.”

The Collats have invested in programs at UAB through corporate and personal support for many years. They endowed the first nonmedical academic chair at UAB, which was named in honor of Mayer founder and Mrs. Collat’s father (Ben S. Weil Chair of Industrial Distribution) and is held by Tom DeCarlo, Ph.D.; and made substantial contributions to the Department of Neurology and established the Charles A. and Patsy W. Collat Endowed Chair in Neurosurgery (held by Mark Hadley, M.D.), as well as the Patsy W. and Charles A. Collat Scholar in Neuroscience at UAB (held by David Geldmacher, M.D.). The couple enabled UAB to become one of the country’s few degree-granting industrial distribution programs in accredited schools of business and engineering with the Charles and Patsy Collat Industrial Distribution Program; and propelled two successful preschool education initiatives in the UAB School of Education. Gifts from the Collats have benefited UAB Athletics; the UAB Center for Palliative and Supportive Care; AIDS, surgery, ophthalmologic and cancer research; and the schools of Education, Engineering and Medicine. 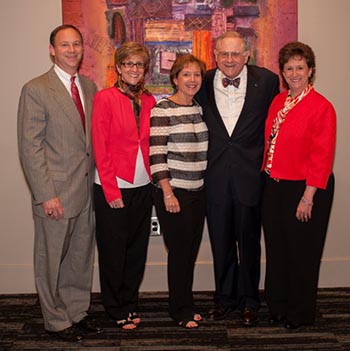 Charles Collat Jr, Susie Adams, Caki Mendel,
Charles Collat and Nancy GoedeckeEven with their history of generous giving, the reach of this gift is particularly special.

“I am so absolutely excited to be in a position with Patsy to make something like this happen that reaches into every program in the School of Business,” Collat said. “I am also terribly humbled. Being able to support an institution like UAB that plays such an important part in so many lives is something I wouldn’t have imagined in my wildest dreams. What this means to me cannot be measured or described.”

In addition to the Collats’ financial contributions, UAB has benefited from Collat’s service in a number of appointments. He is a past chair of the President’s Council, honorary life member of the National Alumni Society, member of the Executive Committee for the Campaign for UAB, incoming chair of the UAB School of Business Dean’s Council and former member of the UAB Comprehensive Cancer Center Supporters Board. In 2009, UAB presented him an honorary Doctor of Humanities degree.

Collat joined Mayer as an associate in 1953 following his service in the U. S. Air Force in Japan, and he took the reins as CEO of the family company in 1979. Under his leadership, Mayer grew to be one of the largest electrical distributors in the nation. His daughter, Nancy Collat Goedecke, now serves as the company’s chair and CEO. 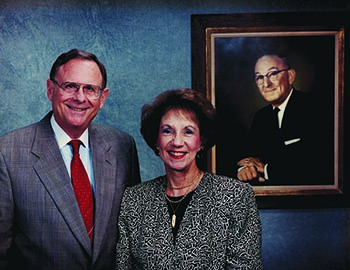 Charles and Patsy Collat with a portrait of
Mayer Electric Founder Ben Weil, Patsy's fatherCollat is active in the community and supports a number of philanthropic causes, including the United Way, Alabama Institute for the Deaf and Blind, The Boy Scouts, Alzheimer’s of Central Alabama and many more. The Collat Jewish Family Services agency was named in the couple’s honor due to their flagship gift. They established the endowment fund for Temple Emanu-El and supported the Temple’s recent renovation where the Collat Congregational Center was named in their honor. In 1996, Collat’s contributions to the community were rewarded with his selection to carry the Olympic Torch in the nationwide relay on its way to Atlanta for the Summer Games. In 1998, he received the William M. and Virginia B. Spencer Outstanding Philanthropist Award from the National Society of Fundraising Executives-Alabama Chapter. He received the Silver Beaver Award for Leadership from the Boy Scouts of America, the 1999 Brotherhood and Sisterhood Award from the National Conference for Community and Justice, and several Life Achievement Awards. 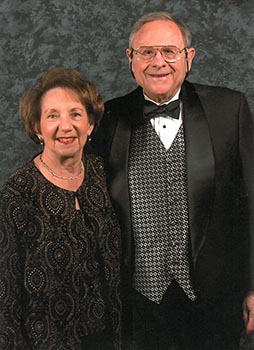 “My family and I have worked extremely hard to be in a position to help others, and very few entities are in a position to make as broad a positive impact as UAB,” Collat said. “I expect great things from the Campaign for UAB and am fortunate to have the opportunity to help launch the campaign.”

“‘Give something; Change everything’ is the theme of the campaign, which reflects the fact that when you give to UAB, you help us change our community and our world for the better, whether by finding the cure for a disease, enabling a bright young person to go to college or lighting the spark for a new innovation,” Watts said. “This will be a campaign with truly a global impact. A successful fundraising effort of this scale will reap vastly improved health care, educational opportunities and quality of life, as well as robust economic development, throughout our community, state, nation and beyond.”

UAB’s previous philanthropic campaign took place between 1999-2003 and well exceeded its goal of $350 million, which at the time was the largest ever undertaken by an Alabama university. UAB raised $388.7 million.

The Campaign for UAB will launch publicly in October.