“How Islam Saved the Jews” in Birmingham this week

by Jim Bakken
UAB to host renowned scholar on talk of Islam and Judaism. 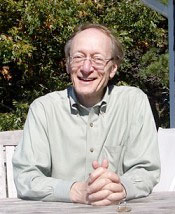 The Department of History and the Birmingham Islamic Society will host a free, public lecture on “How Islam Saved the Jews” at 7 p.m. Thursday, April 24. The talk will be led by David J. Wasserstein, D.Phil., the Eugene Greener Jr. professor of Jewish history at Vanderbilt University, and will take place at Volker Hall, Lecture Room A located at 1670 University Blvd.

Wasserstein has written numerous scholarly articles as well as several books, including  “The Rise and Fall of the Party-Kings, Politics and Society in Islamic Spain, 1002-1086” and  “The Caliphate in the West; An Islamic Political Institution in the Iberian Peninsula,” and co-wrote “The Legend of the Septuagint, From Classical Antiquity to Today.”

Wasserstein received his doctorate in philosophy from Oxford University in 1982. His research interests include medieval Islamic history, medieval Jewish studies, Islam in Spain, Islamic numismatics and minorities in the Islamic world.