by Shannon Thomason
George Stewart’s Sept. 24 lunchtime lecture will focus on the music and history of the black gospel quartet and its influence on other genres. 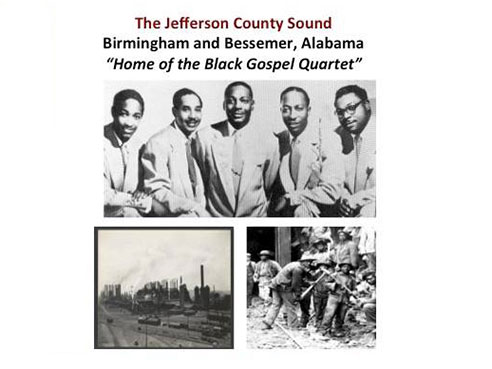 The University of Alabama at Birmingham African-American Studies Program and College of Arts and Sciences Department of Music instructor Kevin P. Turner will present a lecture by George W. Stewart on “The Jefferson County Sound: Birmingham and Bessemer, Alabama, Home of the Black Gospel Quartet.”

Stewart will discuss the music and history of the black gospel quartet and its influence on other genres. He is president and CEO of the American Gospel Quartet Convention. Stewart helped filmmaker and Birmingham native Robert Clem find sources for “The Jefferson County Sound,” an hourlong documentary which aired on Alabama Public Television in 2012. Stewart is interviewed in the movie.

Turner developed and is teaching a new course for African-American Studies titled History and Tradition of Gospel Music. The purposes of this course are to broaden the knowledge of American gospel music history and to identify the valuable contributions of this genre by studying its eras and major contributors.

Gospel quartet music, which came out of the cotton fields, steel mills, coal mines and churches, became popular in the early 20th century. The Jefferson County Sound was distinctive, and the area gave rise to many black gospel quartets, including the Fairfield Four, Delta-Aires, Blind Boys of Alabama, Four Eagles and the Birmingham Sunlights.