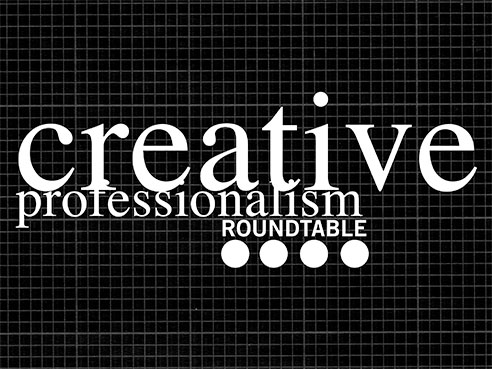 A panel of creative professionals will share thoughts on their experiences then discuss how young creatives can best be successful, as part of the Creativity, Innovation and Entrepreneurship Lecture Series at the University of Alabama at Birmingham.

The panelists will share thoughts on their creative practices and professional experiences, followed by a moderated roundtable discussion. The discussion will focus on how young creative professionals may balance a creative life within the business world and incorporate their individual artistic voices and visions in professional practice.

Challiss grew up and studied studio art in Birmingham, and after graduating with a Bachelor of Arts degree in 1994, she bought a one-way ticket to Europe. Challiss lived in Prague for almost two years and co-founded a collective of artists living abroad and put together two art exhibitions. Upon her return to Alabama, she began working at Studio By The Tracks, an organization that provides free art instruction to at-risk youth and adults with autism and schizophrenia. In 1998, she went to the Pennsylvania Academy of Fine Arts, where she earned a Master of Fine Arts degree in sculpture. She and a classmate from Germany developed a work-study program that brought Academy students together with underprivileged children to provide to them free art instruction. The program was lauded by the city of Philadelphia. Challiss also worked as an administrative assistant to four working artists. Upon her return to Birmingham in 2002 she again worked at Studio By The Tracks, where she was art director until 2006. She co-founded a craft collective, Collarmoth, whose members showed at Renegade Craft Fairs in Brooklyn and in Chicago. In 2006, she opened BottleTree Café, which brought musicians from all around the country and world to Birmingham until it closed in spring 2015. In 2013, she co-founded the Magic City Mural Collective, a group of artists and designers who aim to elevate the city’s aesthetic presence on the street level. Challiss now works full time as an artist, maintaining a studio in her loft in downtown Birmingham.

Hughey is a co-founder of Desert Island Supply Co., a creative writing program for children in Birmingham. She is the author of two poetry collections: “Sunday Houses the Sunday House” (University of Iowa Press) and “Guest Host” (National Poetry Review Press). She received a Master of Fine Arts degree in creative writing from the University of Massachusetts-Amherst, after earning a Bachelor of Arts degree from Hollins University. She is a recipient of Poetry Fellowships from the Massachusetts Cultural Council and the National Endowment for the Arts. In addition to teaching poetry and writing to kids through DISCO, Hughey teaches creative writing in the UAB Honors College.

A native of West Texas, Robinson has helped myriad organizations see that a great story told well is the most powerful tool they can use to communicate their vision. Robinson has crafted campaigns for many faith-based organizations such as Compassion International, Radical, LifeWay, the United States Olympic Committee and numerous other organizations. Robinson is also the director and host of a thriving live storytelling event called Arc Stories. Whether it is advertising or entertainment, Robinson has honed a deep understanding of how to take the raw, seemingly disparate elements of a great story and craft them into emotionally moving and inspiring narrative works of art.