Eleven students in the Public Relations program, a specialization within the Department of Communication Studies, brought home a total of 16 awards at the state conference of the Public Relations Council of Alabama on April 20.
Written by Julie Keith
Media contact: Tiffany Westry, tiffanywestry@uab.edu 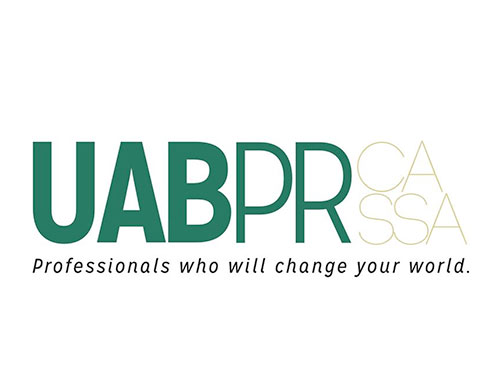 Hosted by the East Alabama chapter of the PRCA and held at Auburn University, the annual conference culminated in a Medallions Awards Gala, honoring both professionals and students for their work in the field.

“These students have worked incredibly hard to complete the public relations curriculum over the last two years,” said Jacque Shaia, director of the Public Relations program. “These awards, from a nationally recognized organization such as PRCA, recognize the professional quality of the work of these students and virtually assure them of good jobs and success in this field. It has been my pleasure to work with these talented young professionals. I am very proud of them.”

Jessica Griggs: “ Transforming the World Through Talents and Teamwork”