Protecting stethoscopes with a noble metal 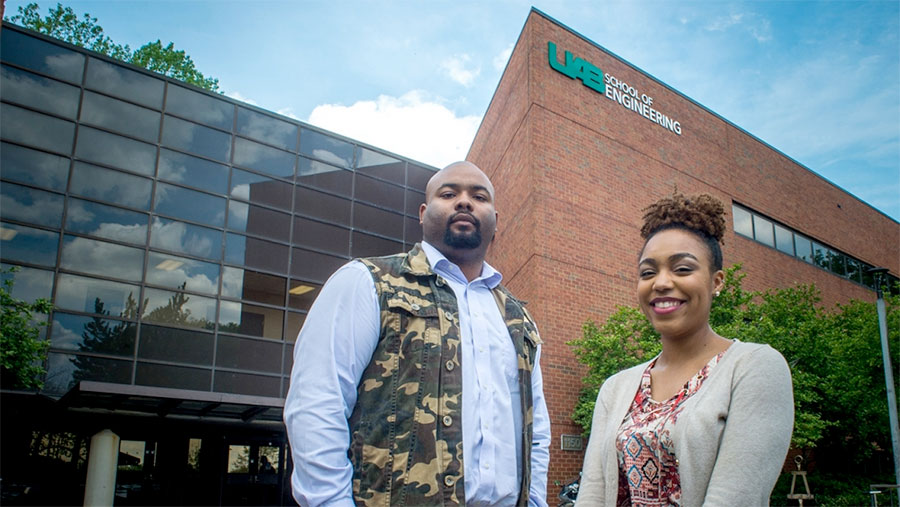 Jervaughn Hunter and Nikea McMullen, both seniors majoring in biomedical engineering at UAB, presented their research at the 2017 Spring Expo.


The stethoscope is an invaluable tool for fighting diseases. Unfortunately, it can also help spread them. A 2014 study in the journal Mayo Clinic Proceedings found that, when it comes to collecting bacteria (including MRSA, a serious problem in many hospitals), stethoscopes are as bad as hands. The trouble is, stethoscopes aren't cleaned nearly so often. They also have plenty of crevices in which bad bugs can hide. Some 722,000 people are readmitted to hospitals each year due to infections they acquired while hospitalized. An unknown, but potentially substantial, percentage of those patients were infected through infectious agents carried on stethoscopes.

UAB biomedical engineering majors Jervaughn Hunter and Nikea McMullen, who were working on their senior design project in the School of Engineering, discovered these facts while meeting with UAB neurologist James Houston, M.D. "He informed us that there's no real method of properly disinfecting a stethoscope," says Hunter. "Alcohol works to an extent, but it doesn't get viruses. There are UV lights on the market, but they're not widely available."

Hunter and McMullen set to work, doing patent searches and analyzing the products currently on the market. They settled on a two-pronged approach. The first is an anti-fouling polyisoprene surface, which fits snugly around the bell and diaphragm of a stethoscope to prevent microbes from getting a foothold. The second is an antimicrobial component to kill any bugs that do manage to cling to the stethoscope. "No one had taken that approach," Hunter says.

Hunter, who has the goal of becoming a tissue engineer, talked to one of his professors, who mentioned studies showing that silver ions are effective as antimicrobial agents. Hunter and McMullen found a commercially available, polymer-based material that releases silver ions. Their calculations show it should prove to be effective at preventing infectious transmission for at least 24 hours.

At the end of the day, throw it away

"We wanted to create something that is easy for people to use," Hunter says. "Users can come in, apply the barrier to their stethoscopes, and then just throw it away at the end of the day and apply a new one the next day."

The chance to work on these types of projects helped attract Hunter, who hails from Port Gibson, Mississippi, to UAB's biomedical engineering program. "I've always wanted to be innovative in health care but never had the passion to be a doctor," he says. "Tissue engineering and biomaterials have been the most interesting to me. We are getting to the point where we can reengineer failing organs. I'd love to be a part of that."