by Alicia Rohan
Los Angeles Times health care policy reporter to discuss “Peace in our time? Is an end to the Obamacare war in sight, and what does that portend for our national health care debate?” at UAB on Oct. 19. 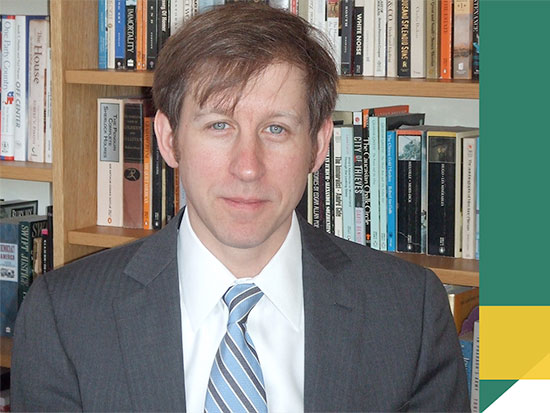 Noam N. LeveyNoam N. Levey, an award-winning national health care reporter for the Los Angeles Times, will be honored by the University of Alabama at Birmingham School of Public Health for his outstanding practice in reporting on public health. Levey will be honored at the Carole W. Samuelson Lecture on Thursday, Oct. 19, at noon at the UAB Hill Student Center, where he will speak on “Peace in our time? Is an end to the Obamacare war in sight, and what does that portend for our national health care debate?”

“We are thrilled to have someone of this level of expertise to speak on this topic, where there is so much uncertainty at this time,” said Max Michael, III, M.D., dean of the UAB School of Public Health. “During his lecture, Mr. Levey will break down what is happening within health care reform and provide insight into what we can expect moving forward.”

Based in Washington, D.C., Levey has reported on health reform for more than two dozen states around the country and on global health from Asia, Africa and Latin America over the last decade. Levey’s stories about the Affordable Care Act, Medicare, Medicaid and other health care issues regularly appear in newspapers nationwide, including the Los Angeles Times, Chicago Tribune and Baltimore Sun.

Levey has also been published in Health Affairs, the Journal of the American Medical Association and Milbank Quarterly. He is currently writing a book about health policy innovators who are chartering a more hopeful path toward affordable, high-quality care. Prior to joining the LA Times in 2003, he worked as an investigative reporter for the San Jose Mercury News in Silicon Valley. He began his career as an intern at the Montgomery Advertiser. Levey earned a degree in Middle Eastern history from Princeton University.