by Shannon Thomason
Proceeds from the show go toward scholarships for future deserving students. 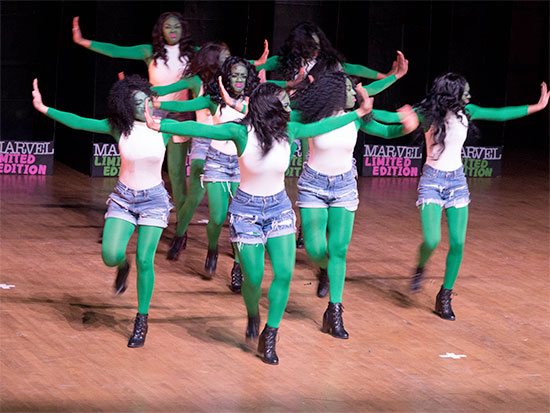 Presented by the Black Student Awareness Committee, the show draws hundreds of audience members supporting teams from the National Pan-Hellenic Council. Step teams are selected by the two student event directors and hail from various universities in the Southeast to compete for cash prizes. This year, the show will be hosted by students Alex Jones and Chad Freeman.

The step show is set for 7 p.m. in UAB’s Alys Stephens Performing Arts Center, 1200 10th Ave. South. Tickets are $23, $18 for UAB students and $15 for students in fraternities and sororities. Tickets can be purchased at the UAB Ticket Office, at the Alys Stephens Center Box Office and online. Proceeds from the show go toward the Camille Armstrong Memorial Scholarship. The money raised from ticket sales will aid in keeping the scholarship alive for future deserving students.

Camille Yvette Armstrong was a UAB student majoring in political science with plans of graduation in 1986. Months before receiving her degree, she died in a motor vehicle accident. She was a member of Delta Sigma Theta Sorority, Inc., served as a UAB Ambassador, and was best described as “a hardworking, dedicated student.” To preserve the memory of her service and love for UAB, a scholarship was established in her honor and, since 1992, has been presented each year in her name to deserving African-American undergraduate students with career aspirations in law.

This year’s scholarship awardees will be senior Sidni Smith, a public health major with a minor in legal affairs in the UAB Honors College; senior Alysha Carter, a management major; and senior Mercedes Vinson, a political science major.