by Shannon Thomason
Professor Emeritus Ward Haarbauer will present “Cholera, Railroad Lanterns, and a Ship on a Lake: Birmingham Theatre in the 19th Century.” 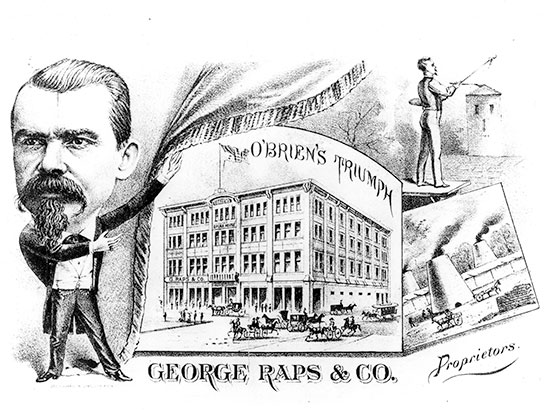 Learn about the 19th-century Birmingham theater scene with a lecture Sunday, April 22, by Professor Emeritus Ward Haarbauer, Ph.D., at the University of Alabama at Birmingham.

Haarbauer’s lecture, titled “Cholera, Railroad Lanterns, and a Ship on a Lake: Birmingham Theatre in the 19th Century,” draws from his original research on the history of theater in Birmingham. Included are The O’Brien Opera House, a gaslight theater located on the northwest corner of First Avenue and 19th Street North. The theater was built by Frank O’Brien for traveling theatrical troupes. O’Brien would later be sheriff and mayor of Birmingham.

The 2 p.m. lecture will be held in the Mary Culp Hulsey Recital Hall, 950 13th St. South. It is presented by the College of Arts and Sciences’ Department of Theatre. The lecture and reception are free and open to the public.

Haarbauer was chair of the performing arts at UAB and, later, of the UAB Department of Theatre. He retired in 2007 after 39 years of service to UAB. Over his career, he taught courses in stagecraft, acting, directing and American drama, and always concentrated on theater history.

He has performed in and directed more than 60 productions in professional, community and academic theater. Haarbauer also was president of the Southeastern Theatre Conference.