Two endowed funds named in honor of UAB engineering pioneer Martha Bidez will help to maintain her legacy of making the world a safer place. 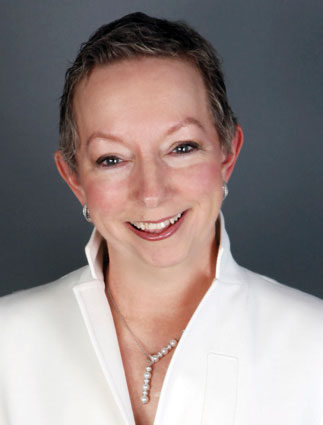 Bidez, founder of the UAB ASEM degree program, knew safety had to become part of the design process itself. Bidez, who had more than two decades of industry and academic experience in biomedical engineering, knew that, by integrating safety goals and practices within engineering design, more catastrophic events and injuries could be avoided. In 2013, Bidez established UAB’s Master of Engineering concentration in Advanced Safety Engineering and Management.

The program, which is available online and attracts students from around the globe, became her legacy; Bidez died in December 2016 after a battle with cancer.

The Dr. Martha Bidez Memorial Endowed Education Fund in Advanced Safety Engineering and Management will provide support for students in a variety of ways, including invited guest lecturers, industry software licenses for students, student travel to industry conferences, alumni outreach and other program support avenues. Earle Bidez, Martha’s husband; Birmingham attorney and investor Wyatt Haskell; and Linda Lucas, Ph.D., former provost of UAB and former dean of the School of Engineering, made gifts to the fund.

Donny Burke, who is now director of the program, learned from Bidez as a master’s student and worked with her at BioEchoes for nearly 10 years. He says that advocates for industry safety often end up being the ones who have been personally affected by a catastrophe or injury. But the program is changing that.

The ASEM program has made an impact on the engineering industry, including one UAB alumnus and graduate of the ASEM program who works for a large automotive manufacturer. He examined his company’s assembly line and identified more than a dozen unknown hazards. He then found ways to mitigate the hazards for his company, which led to an increase in production.

“This program can save lives,” Burke said. “We are individuals who are working more safely within our companies to make products safer. It has a tangible impact.”

A Birmingham, Alabama, native, Bidez received her bachelor’s degree in biology from Auburn University. She then took her studies to UAB, where she earned a B.S. degree in mechanical engineering and then a master’s degree and Ph.D. in biomedical engineering. She became a senior scientist with the UAB Injury Control Research Center and was the first woman to be named “Young Engineer of the Year” by the Engineering Council of Birmingham.

She served as president and CEO of BioEchoes, Inc., a biomedical engineering consulting service, and founded BioHorizons, a dental implant company that became a worldwide leader in the dental implant industry.

When Bidez returned to UAB in 2009 to form the ASEM program, she consulted with Greene, who was a leader at the Tennessee Valley Authority during the Kingston, Tennessee, ash spill in 2008. Greene and Bidez already knew each other well: Bidez was Greene’s thesis adviser when she earned her master’s degree in biomedical engineering at UAB in 1990.

Greene saw the value in this specialized training and sent several Southern Company employees through the online program. She credits Bidez and the program with helping Southern Company and Alabama Power create a safer work environment and stronger safety culture.

“We at Southern Company and Alabama Power knew we needed to get better,” Greene said. “We had hit a plateau of performance and didn’t quite know how to move forward. Martha and the ASEM program helped us understand what we needed to do to evolve our people, processes and practices.”

The program was an immediate success and continues to thrive, says J. Iwan Alexander, Ph.D., dean of the School of Engineering.

“Dr. Bidez’s entrepreneurial skills were always well-matched with her scientific insights and engineering discipline, and this enabled her to make lasting contributions to medical device manufacture and industrial safety and safety engineering education,” Alexander said.

Because the program can have such a lasting impact, Burke and Greene wanted to help keep tuition and fees from being an obstacle.

“I think it is a transformative program that every company should benefit from,” Greene said. “We wanted to ensure that participants who may not receive full tuition reimbursements from their companies have the opportunity to receive this scholarship. We would not want people to not go through the program because of a financial hardship. The value of this program is priceless.”