by Bob Shepard
The newly named O'Neal Comprehensive Cancer Center at UAB will be supported by a $30 million gift from O'Neal Industries.

O’Neal Industries, Inc., a family-owned global business based in Birmingham, and its shareholders have given the largest single gift in the University of Alabama at Birmingham’s history — a $30 million donation to the Comprehensive Cancer Center — which will allow the center to change the lives of more patients and families through transformational cancer research, patient care, education and prevention. 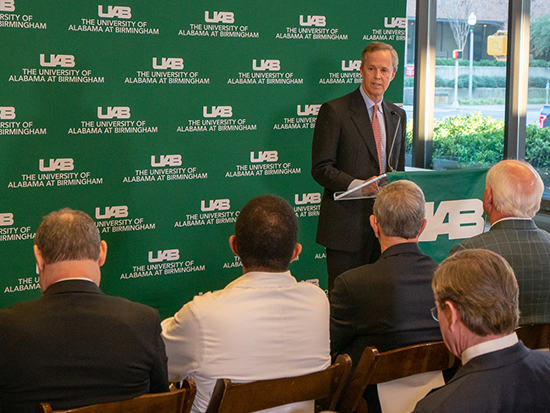 “The O’Neal family has built a legacy in Birmingham, first in the city’s steel industry and now in the city’s future as a biomedical and technology hub,” said Ray L. Watts, M.D., president of UAB. “UAB’s National Cancer Institute-designated Comprehensive Cancer Center is among the pre-eminent cancer centers in the world, and we are proud and grateful that our cancer center will bear the O’Neal name.”

Members of the O’Neal family have been business and political leaders in Alabama for generations. Edward O’Neal was Alabama’s 26th governor, and his son Emmet served as the state’s 34th governor. Kirkman O’Neal was a pioneer in Birmingham’s burgeoning steel industry, founding what was to become O’Neal Steel in 1921. The family now operates O’Neal Industries Inc., the nation’s largest family-owned group of metals service centers.

“We see this gift as an opportunity to give back in a meaningful way to a cause that is important to everyone,” said Craft O’Neal, chairman and CEO of O’Neal Industries and grandson of Kirkman. “We hope the gift will be used in ways that will yield the greatest results, accelerating progress in research, treatment and prevention of cancer and, ultimately, eliminate cancer as a major public health problem.

The gift and naming will be formally considered for acceptance by the University of Alabama System Board of Trustees at its February meeting.

“This gift will enhance the profile and impact of the cancer center as a premier national destination for those working to end cancer, and those fighting a personal battle with the disease,” said Selwyn Vickers, M.D., senior vice president and dean of the UAB School of Medicine. “It will have lifesaving results that can serve as a catalyst for further philanthropic investment, and we are grateful to the O’Neal family and O’Neal Industries for their leadership in the fight to end cancer.”

The UAB Cancer Center was one of the original eight comprehensive cancer centers established by the National Cancer Act in 1971 and has been continuously funded for 46 years. 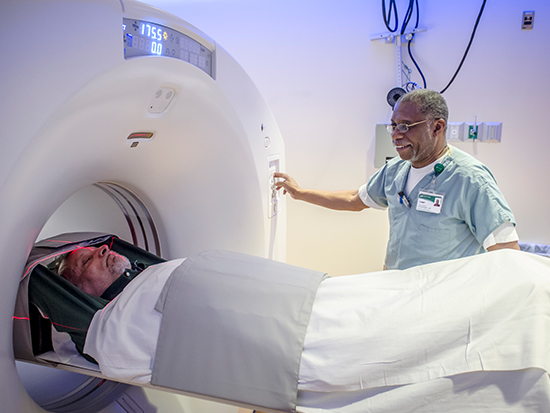 The gift will boost patient care and help triple the number of patients enrolled in clinical trials conducted at UAB.“We have made great strides in cancer treatment and prevention in the past several decades,” said Will Ferniany, Ph.D., CEO of the UAB Health System. “In the years ahead, the promise of proton therapy, precision oncology, advanced genomics and new therapeutics should reduce the burden of cancer on individual patients and their families, and on the health care system as a whole. The generous O’Neal gift will be a driving force that transforms cancer care moving forward.”

UAB is the only National Cancer Institute-designated cancer center in its four-state region. It also maintains joint ventures with Russell Medical Center and North Alabama Medical Center and manages the Deep South Network for Cancer Control, an outreach into underserved communities in Alabama and Mississippi. The UAB Health System maintains a Cancer Community Health Network in Alabama, Florida, Georgia and Mississippi.

“This truly transformational gift will have a far-reaching impact on cancer research and patient care in our community, state and region,” said Michael J. Birrer, M.D., Ph.D., director of the center. “It strengthens our clinical operation, expands our cancer research efforts, helps translate discoveries into clinical trials, and further establishes the center as a leader in cancer research and care in the nation. The impact of this gift not only will be felt in the cancer center but will be an economic driver for Birmingham and Alabama.”

The O’Neals’ extended family has been touched by cancer. Kirkman’s son and successor, Emmet, Craft’s father, died from emergency surgery associated with colon cancer, and his daughter Libby O’Neal White was a breast cancer survivor. Her husband, David White, succumbed to cancer, as did Craft O’Neal’s mother Mary Anne and his brother Kirk. Additional members of both the O’Neal and White families have both survived and lost their lives to cancer. 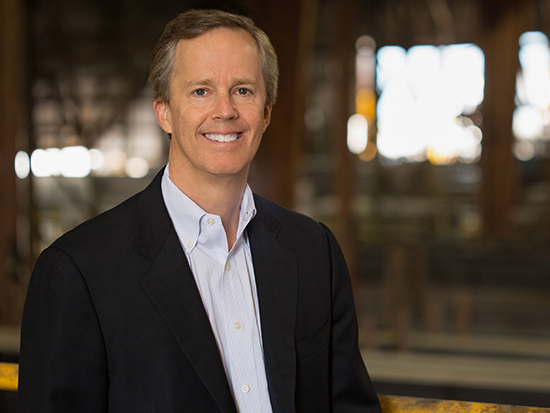 Craft O'Neal, CEO and chairman of O'Neal Industries, Inc., the nation’s largest family-owned group of metals service centers.“The O’Neal and White families know too well the devastating effects of cancer, and together we were motivated by the opportunity to play a role in extending the lives of those with cancer in the region, while honoring our family members who have been afflicted by the disease,” O’Neal said.

The O’Neal Comprehensive Cancer Center at UAB is home to more than 400 scientists and physician-scientists and is involved in more than 200 clinical trials of new, promising therapeutics, many using therapies that were developed at UAB. The center treats an estimated 5,000 new patients each year.

The gift will enhance patient access and overall patient care, according to Birrer. Additionally it will expand research efforts, potentially tripling the number of clinical trials conducted at UAB. The gift will also help recruiting efforts of additional investigators and provide leverage for new grant funding.

O’Neal industries and its shareholders have a deep history of philanthropy with UAB. Craft O’Neal is a longtime member of the cancer center’s advisory board, and over the years, O’Neal Industries and family members have supported departments across UAB, including the Comprehensive Cancer Center, the Collat School of Business, the Department of Neurology, the School of Nursing, the Comprehensive Diabetes Center and UAB Athletics.

“Our company has a nearly 100-year history here, and that will continue,” O’Neal said. “We believe in giving back to the community that has been so good to us. UAB is the economic engine of Birmingham and, to a large extent, the state of Alabama. My hope is that others will see the exciting developments at the cancer center and want to invest in its future and that of our city as well.”

Headquartered in Birmingham, O’Neal Industries represents a family of six companies with a global reach. There are 80 separate business locations, including 15 international facilities on four continents, employing more than 3,200 people.

“My grandfather’s and father’s generations of O’Neal employees laid the foundation for the success we enjoy today,” O’Neal said. “This success enables us to give back in all the communities in which we are located, and do even bigger things here at our headquarters in Birmingham. I hope each of our employees, loyal customers and supportive suppliers will take pride in this gift, because without their contributions to our success, we would not be able to give back in such a meaningful way.”

For more information on the impact the gift will have on the cancer center, go to www.uab.edu/news.