by Bob Shepard
Lauched in partnership with The Michael J. Fox Foundation for Parkinson’s Research in 2014, the program provides resources for top centers to train new clinician-researcher movement disorder specialists. 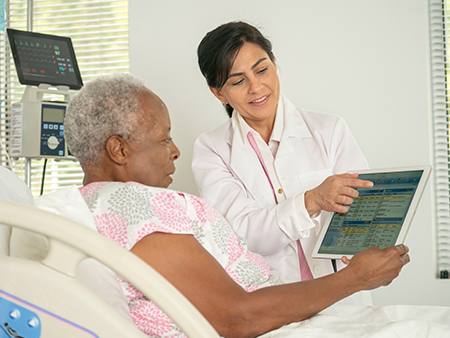 The University of Alabama at Birmingham has been chosen by The Michael J. Fox Foundation for Parkinson’s Research as one of five academic centers worldwide to host the fifth class of The Edmond J. Safra Fellowship in Movement Disorders.

“There is an increasing need for neurologists who have expertise in diagnosing and managing movement disorders like Parkinson’s disease, and we are honored to have been again selected to train the next generation of movement disorder clinician-researchers,” said David Standaert, M.D., Ph.D., chair of the UAB Department of Neurology in the School of Medicine. “These experts will stand at the forefront and intersection of patient care and research, and be uniquely positioned to drive the field forward.”

UAB is now recruiting a neurology resident for the Class of 2022 Edmond J. Safra Fellowship in Movement Disorders. The candidate will begin training in July 2020.

An advisory committee selected the five centers based on several criteria, including the depth and breadth of clinical education and the range of potential research opportunities. In addition to UAB, the awardees are Baylor College of Medicine in Houston, Texas; Toronto Western Hospital in Ontario, Canada; UCL Queen Square Institute of Neurology in London, England; and University of Florida in Gainesville, Florida.

“Increasing the number of movement disorder specialists who can care for patients and lead research studies benefits not only individual patients and families, but also the entire Parkinson’s community,” said Lily Safra, chairwoman of the Edmond J. Safra Foundation. “The growth and success of The Edmond J. Safra Fellowship in Movement Disorders is a testament to the ongoing and rising need for Parkinson’s specialists around the world.”