A young mother’s story of becoming a “cervivor”

by Savannah Koplon
How a battle with cervical cancer channeled one mother’s passion for advocacy. 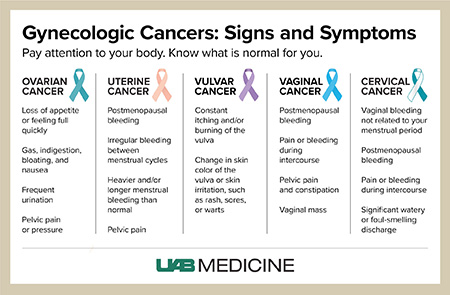 In fall 2013, Tracie Richter — then 27 years old — went to her gynecologist for a routine yearly exam. A mother to a 5-month-old and a 3-and-a-half-year-old, she expected her all tests to come back clean. After all, she had just given birth to a healthy baby boy.

When her Pap smear came back abnormal, her OBGYN referred her to the University of Alabama at Birmingham Division of Gynecologic Oncology for further testing.

Once at UAB, it was then when Richter was first diagnosed with adenocarcinoma, an aggressive form of cervical cancer. She was still in the process of breastfeeding when she was told she needed to have a radical hysterectomy to remove all traces of cancer.

“I had an ‘it is what it is’ type of attitude and just thought, ‘get this cancer out of me,’” she recalled. “I had one goal, and that was to be home for my son’s first Christmas. I had to focus on short-term victories.”

According to UAB Medicine, most cervical cancer is caused by various types of the human papillomavirus infection (HPV), which spreads through sexual contact. When exposed to HPV, the immune system usually prevents the virus from doing harm, but sometimes the virus survives for years and causes cells on the surface of the cervix to become cancerous.

The Centers for Disease Control and Prevention reports that approximately 14 million Americans become infected with HPV every year, with about 12,000 women becoming diagnosed with cervical cancer.

After months of healing from the hysterectomy and following an all-clear on her lab work, Richter continued to visit UAB and her gynecologic oncologist Michael Straughn, M.D., in UAB’s O’Neal Comprehensive Cancer Center. Richter visited every few months for three years, and she was in remission — with good health and spirits.

Then in 2017, a little more than three years from her radical hysterectomy, her Pap smear returned abnormal once again.

“That’s when my current tumor was found in the vaginal wall,” Richter remembered. “It had not metastasized, but I needed to undergo chemotherapy and radiation to get rid of the cancerous cells.”

While Richer was quite young to be diagnosed with cervical cancer — the average age is 48 — Straughn reminds women that this can impact anyone.

“Most cervical cancer patients are under-screened or never screened, but HPV infection and consequences can impact any woman,” Straughn explained. “An abnormal Pap smear does not mean cancer, but it can represent dysplasia or pre-cancer. This can be easily treated, and the cancer can be prevented; but many women stop seeking gynecologic care after having children and may no longer get Paps, which is troubling.”

It was rare for adenocarcinoma to return, but Richter was committed to fighting her second bout with cancer just as she had done before. However, circumstances were a little different.

“My sons were a little older at this point, and we really had to navigate how to go on this cancer journey for a second time; we wanted to be fairly private about it all,” she said. “I remember feeling like this was a bit of a journey we were taking alone, as I didn’t know anyone who had cervical cancer — or any cancer for that matter — at my age.”

She joined a few Facebook groups with other cervical cancer survivors and found that having a shared virtual community made a big difference during her treatment. It was in these groups where Richter learned more about gynecologic cancers, the importance of the human papillomavirus vaccination (HPV) and spreading awareness about prevention early on. 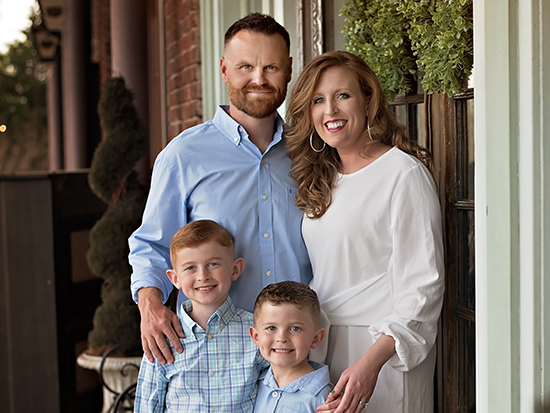 Richter has been in remission since September 2017, four years after the beginning of her cancer journey. When her cancer journey ended, Richter found a passion for advocacy and began channeling her energy into a new journey. She traveled to Montgomery, Alabama, and Washington, D.C., to support HPV awareness and education.

“Pre-cancer me would never have gotten on a plane and flown to Washington, D.C., to talk to lawmakers about cervical cancer; but it’s tremendously important to educate people about the benefits of the HPV vaccine and take this conversation out of ‘whisper talk,’” Richter said.

The HPV vaccine is safe, approved and recommended for both girls and boys ages 11 and 12 to receive. If children are vaccinated prior to being exposed to the virus, their risk of getting HPV-related cancers later in life dramatically decreases. Most recently, the Food and Drug Administration approved expanded use of HPV vaccine Gardasil 9 for men and women ages 27 to 45; it formerly was approved only for use up until age 26. Still, there are misconceptions about the HPV vaccine that circulate.

“Some think it will increase sexual promiscuity of our teens — there is no evidence of this,” Straughn said. “The bottom line is universal vaccination of boys and girls could eliminate cervical cancer and other HPV cancers — vagina and vulva. The vaccine is very safe, but cancer is not. Get vaccinated, vaccinate your children, have annual gynecologic exams, and seek care at the Cancer Center if you are diagnosed with cervical cancer.”

Richter, a fourth-grade teacher, continues to be passionate about teaching parents, friends, lawmakers and more about vaccination, ending the stigma that surrounds the HPV vaccine, and most importantly, driving home that HPV cancers are preventable.

“I’m a mother of two young boys, and know that they need to be vaccinated too,” she said. “People misunderstand and think that children only need the HPV vaccine if they are or will be sexually active, and that’s simply not true. The HPV vaccine can save many lives and prevent cervical cancer from ever occurring. HPV cancers can be preventable, and we have the ability to make them so.”

Now cancer-free for more than two years since the recurrence, Richter looks back on her experience at UAB with mixed feelings of hope and reflection.

“There was so much dread and anxiety surrounding my cancers, but the nurses and doctors became extensions of our family — you get excited in a way to see them,” she said. “The support is unreal, and I know that sharing my story will help other women and their families.”