Seeding growth that enhances communities across the state 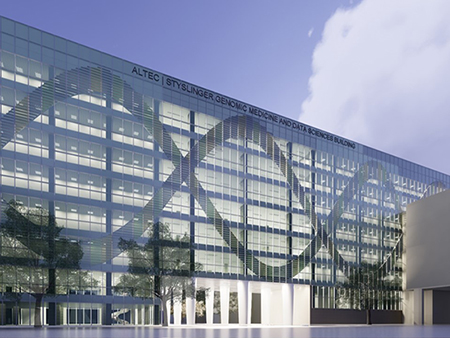 Gift from the Altec / Styslinger Foundation acted as catalyst for the Altec / Styslinger Genomic Medicine and Data Sciences Building, which is set to have worldwide impact.Someday soon, when a patient entering middle age can get a customized list of interventions to dramatically lower the risk of Alzheimer’s disease decades later, when a teen struggling with depression is prescribed a medication that helps in days rather than months, when the parents of a young child with a rare disease don’t hear “there’s nothing we can do,” but get a personalized guide to FDA-approved medications that will make a difference right now, these breakthroughs may seem to have appeared from nowhere.

In fact, they may well be able to trace their roots to the brilliant ideas of scientists operating from an iconic building that is one of the global centers of this new world of personalized medicine — a building whose name commemorates the gift that helped nurture these ideas, and the family that planted the seeds that allowed them to bloom.

“The Altec / Styslinger Genomic Medicine and Data Sciences Building represents the future of modern health care,” said UAB President Ray Watts, M.D. “This facility will accelerate advancements in precision medicine, informatics and data sciences as we gain greater understanding of the roles our genes and the environment play in major human diseases.”

“UAB is poised to be the leader in this field in the country and the world,” added University of Alabama System Chancellor Finis St. John. “This is a project for the future of all residents of Alabama.”

Investing in a better tomorrow

The 145,000-square-foot building will bring together researchers, equipment and staff for the Hugh Kaul Precision Medicine Institute, the Informatics Institute, the Bill L. Harbert Institute for Innovation and Entrepreneurship, and translational scientists from many different disciplines. The project is being funded through $50 million from the state of Alabama and $5 million from Jefferson County leaders.

But “in addition to the governor’s foresight and dedication to this project, this transformational project would not have been possible without the support of our elected leaders and a generous gift from the Altec / Styslinger Foundation,” St. John noted.

“The main driver of this gift is the transformational impact that genomics will have in medicine. As a foundation, we wanted to be supportive of breakthroughs in genomic sciences, and of a facility that will have a tremendous impact not only on UAB but on the state of Alabama and beyond.”

– Lee Styslinger III, Chairman and CEO of Altec, Inc. and a board member of the Altec / Styslinger Foundation.

“The main driver of this gift is the transformational impact that genomics will have in medicine,” Styslinger said. “As a foundation, we wanted to be supportive of breakthroughs in genomic sciences, and of a facility that will have a tremendous impact not only on UAB but on the state of Alabama and beyond.”

The gift from the Altec / Styslinger Foundation was the crucial “seed money” that allowed the project to take off, Watts said. “We knew that to bring this project to fruition we would need significant support from the state,” he noted. “This showed our state leaders that our community was committed to this initiative. The Styslinger family has shown that their desire is to be multipliers — they want to invest in projects that will continue to have ramifications far beyond their initial gift. The Altec / Styslinger Genomic Medicine and Data Sciences Building is a great example. They see the potential, what this can mean to UAB, to our state and to patients around the world.” 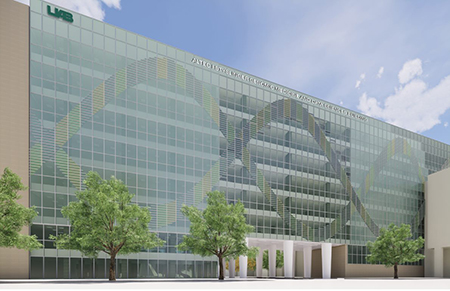 UAB is a recognized leader in genomic and precision medicine.Competitive advantage to Alabama

“This modern facility will stimulate major strides in science and medicine and will be integral to UAB’s larger economic development efforts, drawing millions of additional dollars annually in research funding and creating the high-tech jobs that will enable Birmingham and the entire state to thrive in the knowledge economy,” said Christopher Brown, Ph.D., vice president for Research at UAB.

A research lab produces both discoveries and, many times, new businesses, Vickers says. In fact, you could think of each lab on campus as its own small business, with that lab’s chief scientist — its principal investigator — as CEO. “When an investigator gets a $1 million grant, it is like a startup company,” Vickers said. Recruitment and retention efforts made possible by the Altec / Styslinger Genomic Medicine and Data Sciences Building project will attract dozens of these “startups” to Birmingham and Alabama — each pursuing potentially groundbreaking ideas and treatments. “Those are dozens of small companies that would never be in Alabama if it weren’t for UAB and its research engine,” Vickers said. “It is a constellation of companies providing jobs at a high level and attracting new talent. We are already on the leading edge of genomic medicine at UAB. This facility will increase our competitive advantage in supporting researchers who will bolster our local economy.”

The projected total economic impact of the new facility, potentially exceeding $100 million, was another reason the Altec / Styslinger Foundation chose to invest in the project, Styslinger said. “The impact that this will have on our city and state was clear, and obviously having the leadership of Ray Watts, Selwyn Vickers and the UA System Board of Trustees, with their commitment and vision for genomic medicine all aligned, was compelling.”

“The Styslinger family has shown that their desire is to be multipliers — they want to invest in projects that will continue to have ramifications far beyond their initial gift. The Altec / Styslinger Genomic Medicine and Data Sciences Building is a great example. They see the potential, what this can mean to UAB, to our state and to patients around the world.”

A signature investment by local leaders is often the key to success for bold projects, notes Tom Brannan, vice president for Advancement at UAB. “Philanthropy plays a huge role,” Brannan said. “It often is the catalyst to help the university launch a priority initiative that can then be leveraged to secure additional support.”

Giving like the Styslingers’s “inspires others to give,” Watts said. “It gives name recognition and brings prestige to our programs and facilities. It also makes a strong statement to the scientists who will work in these facilities, including those we are recruiting to join them from the top programs around the country. This lets them know that there is real community support and strength behind the project.”

Major gifts can also catalyze investment from other community members as well, Brannan notes. “People invest in strong leadership, vision and winning programs,” he said. “Over the years, the Altec / Styslinger Foundation has invested in some of our leading programs and initiatives in the School of Medicine, School of Nursing and across campus, including the Alys Robinson Stephens Center for the Performing Arts and UAB Athletics. Their gifts have helped enhance these facilities and programs and allowed them to take the next step in their evolution as regional and national leaders.”

The Altec / Styslinger Foundation is generally focused on K-12 education and health care initiatives, Styslinger explained. “We work closely with the communities where we operate throughout the country; but obviously, given our history and involvement in Birmingham, we have a special focus on this city.”

Lee Styslinger, Jr., now retired after serving for decades as chairman and CEO of Altec, Inc., and his wife, Catherine, are longtime supporters of the UAB School of Nursing. In 2016, they made a gift to the Building Fund to name the Dean’s Suite in the school’s expanded building. “My interest comes from the fact that UAB is one of the main driving forces in our city and state,” he said at the time. Catherine Styslinger, who has been a member of the School of Nursing’s Board of Visitors since 1994, noted that she was thrilled “to see the progress of the school under the direction of Dean Doreen Harper and her exceptional faculty and staff.” 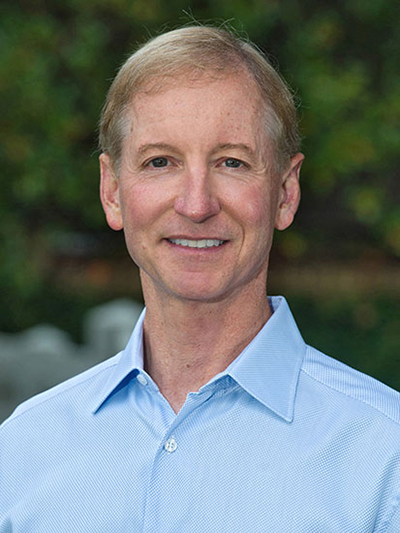 “Catherine and Lee have both given so much of their time, talents and resources to support our efforts, and they continue to set the highest example of generosity and service,” Dean Harper said. “I am forever grateful for their leadership, vision and passion. They truly understand the importance of advancing evidence-based nursing practice, education and patient care. With their gift to name the Dean’s Suite, they helped to provide transformational learning spaces and technologies that positioned the school to quickly pivot at the onset of COVID-19 to create virtual classrooms and telehealth-based clinical experiences for our students — keeping them on track to graduate to join the front lines of care. It is because of visionary donors like the Styslingers that our school is able to turn challenges into innovative opportunities for growth and discovery.”

The Styslinger family’s motivation for giving “really speaks to my dad’s vision that he has always exemplified, which is the Golden Rule of ‘Do unto others as you would have them do unto you,’” said Lee Styslinger III. “That has always focused us on our core values, not only for the family but for Altec as a company, which is helping and supporting the communities where we operate. Because of the critical and foundational role of UAB, for Birmingham and the entire state of Alabama, we want to be supportive of initiatives that will have an incredibly positive impact on the quality of life for residents in Birmingham and throughout the state and even the country.”

Planting seeds with the power to change lives is tremendously energizing, Styslinger says. “One of my favorite quotes is from Alabama native Helen Keller, who said, ‘Life is an exciting business, especially when you are focused on serving others.’ I certainly agree.”