George Yang, M.D., Ph.D., was nominated by his peers for his sense of integrity, dedication and leadership to the promotion of Asians in the academic surgery setting.
Written by: Amber Lucky
Media contact: Adam Pope 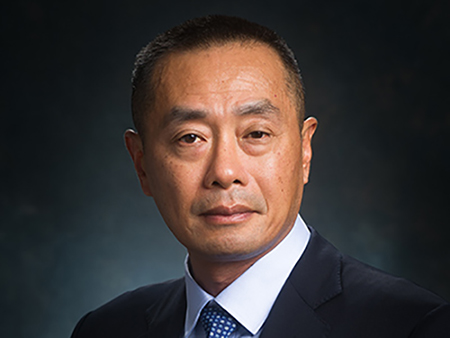 Yang has been a member of the SUS since 2004. He has served in many roles for the SUS, including president and chair of the Publications Committee. He continues to serve as president of the SUS Foundation.

According to the SUS, the Trailblazer Award honors surgeons who contribute meaningful avenues of research and academic thought to medicine. Yang’s tributes exemplify the meaning of a true role model for young surgeons to follow in the upcoming years. He was nominated by his peers for his sense of integrity, dedication and leadership to the promotion of Asians in the academic surgery setting.

As he is the award recipient, the SUS featured Yang in a full-length article that reflects on Yang’s childhood, education and career, as well as the values he demonstrates as a leader in medicine. Throughout his career, he has obtained many leadership roles, all while creating mentorship opportunities for other young surgeons. He was one of the founders and first executive director of the Society of Asian American Surgeons. SAAS grew to a membership of more than 700 and recently received a seat on the American College of Surgeons Board of Governors.

“Yang is an outstanding UAB Surgery faculty member who exemplifies what it means to be a pioneer in the academic surgery setting,” said Department of Surgery Chair Herbert Chen, M.D. “He has blazed many trails in his career, and we are proud that he calls UAB home.”