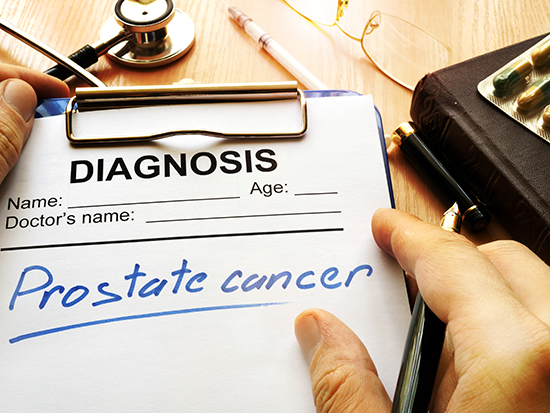 Three Black men from Alabama and Mississippi share the importance of prostate cancer screenings for early detection and treatment.Darrell Robinson serves his neighbors in Grenada County, Mississippi, on multiple levels: as a member of the county board of supervisors, as a minister and in his daily job as a grave digger.

From the cemetery, he meets with families to pick out burial plots for loved ones. He hears stories about his neighbors, including details about their illnesses and final moments.

“Most of the time, the families affected by cancer have had a long period of suffering,” Robinson said. “Grenada is a small community. A lot of times, we find out when people are sick. Most of the time with Black people, it’s related to cancer.”

As a prostate cancer survivor, Robinson is a vocal advocate for early detection and treatment. Because he was already talking and listening to people in his daily roles, adding a conversation about prostate cancer was easy for him.

During the month of September, which is Prostate Cancer Awareness Month, Robinson and other survivors are joining the Office of Community Outreach and Engagement at the O’Neal Comprehensive Cancer Center at the University of Alabama at Birmingham in encouraging men to seek appropriate screening.

“I buried a friend last September, and he had prostate cancer,” Robinson said. “He caught it too late.”

Officials at the O’Neal Cancer Center have joined the National Cancer Institute in warning that the pandemic may have prevented some patients from undergoing much-needed screenings and hindered access to procedures.

Both Barry Sleckman, M.D., Ph.D., director of the O’Neal Comprehensive Cancer Center at UAB, and Monica Baskin, Ph.D., associate director for the O’Neal Cancer Center’s Office of Community Outreach and Engagement and professor in the Division of Preventive Medicine, urge patients to continue to undergo age-appropriate cancer screenings and reach out to health care providers about their options during the pandemic.

Black men are nearly 80 percent more likely to develop prostate cancer than are white men and are more than twice as likely to die from the disease, according to the National Cancer Institute. 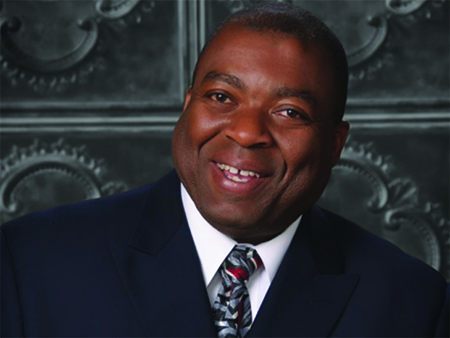 Prostate cancer screening tests include a PSA blood test, which measures the level of prostate-specific antigen, and a digital rectal exam, where a doctor checks for swelling and inflammation.

One of his early conversations was with Charles Latham, a survivor and a member of the Office of Community Outreach and Engagement’s Community Advisory Board at the O’Neal Comprehensive Cancer Center at UAB.

Both Latham and Robinson are members of the 100 Black Men of Grenada, a social service organization dedicated to mentorship, education, economic development, and health and wellness.

“100 Black Men did a prostate awareness event one night at one of the local churches, and everything the speaker said in his talk echoed what my doctor had already told me,” Robinson recalled. “It was confirmation to me. I said, ‘Doc, I’m a Black man with diabetes, high blood pressure and cholesterol problems, so let’s go on and remove it.”’

Moving beyond fear and shame

Experts advise that men between the ages of 55 and 69 should speak with their doctors about their risks and symptoms to determine when to screen.

“I probably know 25 men who have had prostate cancer,” he said. “If you want to live, you’ve got to go through some examinations. Do whatever you’ve got to do to live.”

Testing that could save lives 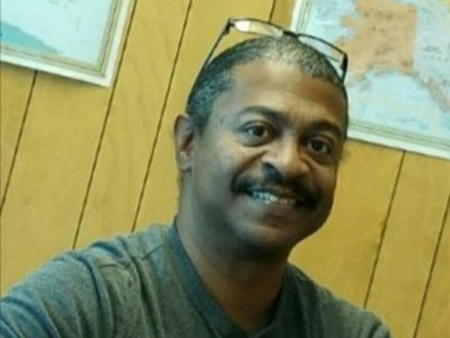 Terry BushTerry Bush of Walker County, Alabama, was diligent about maintaining his prostate cancer screenings. He knew his family history of prostate cancer, beginning with his grandfather and extending to two older brothers.

He recalls insisting on the test in 2017.

“There were no symptoms or anything,” Bush said. “It was just that voice inside me that said to go get checked.”

The test concluded that Bush had prostate cancer.

Bush chose surgery to remove his prostate. Admittedly, the recovery was a hard one, he says. “I wasn’t strong, but I kept going.”

Bush, 63, is now a community health adviser in Walker County, where he helped form a support group for prostate cancer patients, survivors and their families.

“I realized that I was put here to help people, and that really helped me — knowing that I could make a difference in somebody’s life,” Bush said. “If I can be there to hold somebody’s hand, to talk to somebody or give them some type of comfort, I will do it.”

Bush urges men to seek screening because he says doing so saved his life.

“I look at my scars today and say that I am proud of those scars because I’m alive,” he said.

Jimmy Holston of Jasper, Alabama, credits both his faith and regular screenings for saving his life.

Holston, 67, was diagnosed with prostate cancer about 16 years ago. Like Robinson, Holston’s PSA test was the first step in detecting abnormal levels. Catching it early allowed for greater treatment options, Holston says.

“Men need to get tested, just in case they are diagnosed,” he advised. “If they can catch it at an early stage, then more can be done with it. It’s not that I wanted to go, but I did want to take care of myself.” 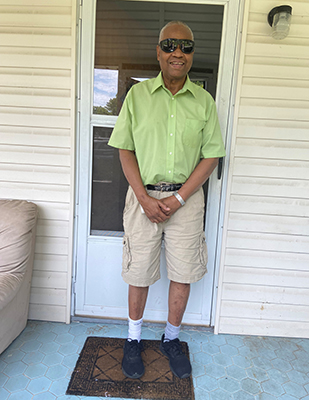 Jimmy HolstonHolston has friends who were also diagnosed early and successfully treated. Men must take responsibility for their own health, and screenings are one important way, he says. His advice is simple: Follow the guidelines and get screened.

“I am thankful, so I don’t mind sharing,” Holston said. “I thank God each and every day. God was able to bless me in finding out about it early. The rest was up to me, as far as having it seen about.”

Robinson says men often fear the testing for prostate cancer and then fear the treatment. He says physical issues can be treated, but death is permanent.

“If you’re alive, you can spend time with your wife, your girlfriend or your children; but when they take you to the cemetery, then somebody has to come visit you,” he said. “There is treatment, and you can live after cancer. It’s not the end of the world. Catch it in time. Go get checked.”