A diagnosis of pancreatic cancer is devastating. But with the help of UAB, Steve Young is now cancer-free.
Written by: Emma Shepard
Media contact: Bob Shepard 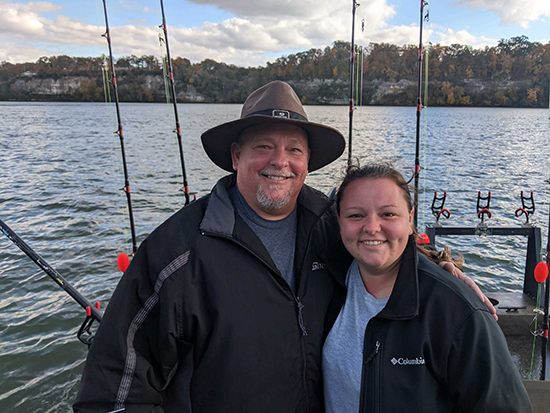 A diagnosis of pancreatic cancer is devastating. But with the help of UAB, Steve Young is now cancer-free.In September 2020, Steve Young noticed a weird feeling in his stomach over the course of a few days, but it did not raise any alarm bells as he had been healthy all his life. In fact, Young marked perfect attendance for 17 of his 20 years working at his local Honda Plant.

But, following a funeral for a loved one, Young noticed the pain got worse. He attributed the pain to ulcers due to stress surrounding the passing of his family member, but still thought it was important to check it out. He also noted light bowel movements over the last few days and even darker colored urine.

Young went to the UAB Medicine freestanding emergency department in Gardendale. After initial tests, he noticed he was receiving an unusual amount of sympathy from nurses and doctors.

“I could definitely tell there was more to this stomachache than I originally thought,” Young said. “I was sure at that point that it was no longer an ulcer. Everyone around me was extremely nice, but I could tell that there was something wrong.”

His fears were confirmed when he was admitted to University of Alabama at Birmingham hospital shortly after his test and heard his diagnosis — pancreatic cancer. The cancer was thought to be heavily stage three, borderline stage four, a prognosis that brought a grim 12-15 month life expectancy with it.

“I had absolutely no heads-up, but thank goodness I had a stomachache to signal to me that something was up,” Young said.

His first CT scans showed the cancer had not spread to other organs. So his treatment team advised that he start chemotherapy, and if the cancer did not spread during chemo, they could operate. Young immediately began chemotherapy at the O’Neal Comprehensive Cancer Center with UAB Medical Oncology for three months.

The cancer never spread, and Young was a great candidate for surgical treatment, so great that his friends celebrated his upcoming surgery by planning a fishing trip for him and his daughter in Tennessee. They even hired a guide, in hopes of creating an opportunity to make lasting memories with her.

“My daughter actually caught an 18-pound catfish on that trip,” Young said. “My friends were so nice to think of me and to plan that. It was such a great trip, and I just knew that it could not be my last.” 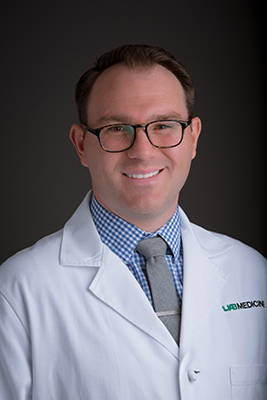 The goal of the surgery is to remove the cancerous tumor(s) from the pancreas in its entirety. Rose removed part of Young’s pancreas, bile duct, gallbladder and a foot of his small intestines during what ended up being a 12-hour surgery due to complicated blood vessel involvement.

Following surgery, Young officially got the news from Rose and team that he was cancer-free. Young was able to celebrate Pancreatic Cancer Month — November — as a patient who had overcome the unusually deadly disease.

“I can’t even begin to thank Dr. Rose enough. To be honest, I don’t even have the words to describe how thankful I am to him and his entire team,” Young said. “He encouraged me the whole way through the process, and gave me so much hope. That is the important part of cancer — holding on to your hope.”

Rose notes that Young had an exceptionally positive case.

“Mr. Young is a great patient and had the absolute best outcome that we could have hoped for,” Rose said. “He recovered amazingly after surgery, and I suspect that he will do well during his final rounds of chemotherapy completing his planned cancer treatment. Mr. Young’s outcome for pancreatic cancer is one that everyone hopes for.”

Especially during the holiday season, Young expresses that, this year, he has a lot to be grateful for.

“God makes miracles, and I am one of them,” Young said. “I think it’s time to plan another fishing trip with my daughter.”