Lowering fat intake might stave off diabetes even without weight loss

Small differences in diet – even without weight loss – can significantly affect risk for diabetes, according to research from the University of Alabama at Birmingham published online May 18, 2011, by the American Journal of Clinical Nutrition. 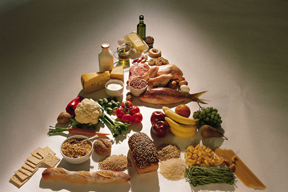 In this study, 69 healthy, overweight people who did not have diabetes — but were at risk for it — were placed on diets with modest reductions in either fat or carbohydrate for eight weeks.

“At eight weeks, the group on the lower fat diet had significantly higher insulin secretion and better glucose tolerance and tended to have higher insulin sensitivity,” said Barbara Gower, Ph.D., professor in the Department of Nutrition Sciences at UAB and lead author of the study. “These improvements indicate a decreased risk for diabetes.”

Gower says the unique aspect of this study is that the results were independent of weight loss.

The study participants were fed exactly the amount of food required to maintain their body weight, and the researchers took into account any minor fluctuations in body weight during analyses. Thus, results from this study suggest that those trying to minimize risk for diabetes over the long term might consider limiting their daily consumption of fat at around 27 percent of their diet.

“People find it hard to lose weight,” said Gower. “What is important about our study is that the results suggest that attention to diet quality, not quantity, can make a difference in risk for type 2 diabetes.”

The findings were even stronger in African-Americans, a population with an elevated risk for diabetes. Gower says African-Americans on the lower fat diet showed a stronger difference in insulin secretion compared to the lower carb group, indicating that diet might be an important variable for controlling diabetes risk in that population.

“The diets used in this study were actually fairly moderate,” said UAB dietitian Laura Lee Goree, R.D., L.D., a study co-author. “Individuals at risk for diabetes easily could adopt the lower fat diet we employed.  Our findings indicate that the lower-fat diet might reduce the risk of diabetes or slow the progression of the disease.”

A typical dinner meal on the lower fat diet would include sesame chicken with rice, snow peas and carrots, frozen broccoli, fat-free cheese, oranges and a dinner roll.

According to the American Diabetes Association, Type 2 diabetes is the most common form of diabetes; millions of Americans have been diagnosed with it, and many more are unaware they are at high risk. Some groups have a higher risk for developing Type 2 diabetes, particularly African-Americans, Latinos, Native Americans and the elderly.

In Type 2 diabetes, the body either does not produce enough insulin or the cells ignore it. Insulin is necessary for the body to be able to use glucose for energy. When you eat food, the body breaks down the sugars and starches into glucose, which is the basic fuel for the cells in the body. Insulin takes the sugar from the blood into the cells. When glucose builds up in the blood instead of going into cells, it can lead to diabetes complications.

Gower says further research is needed to determine if the difference between diets in carbohydrate or fat was responsible for the differences in the measures of glucose metabolism and probe the potential cause-and-effect relationship between insulin and glucose responses to the diets.