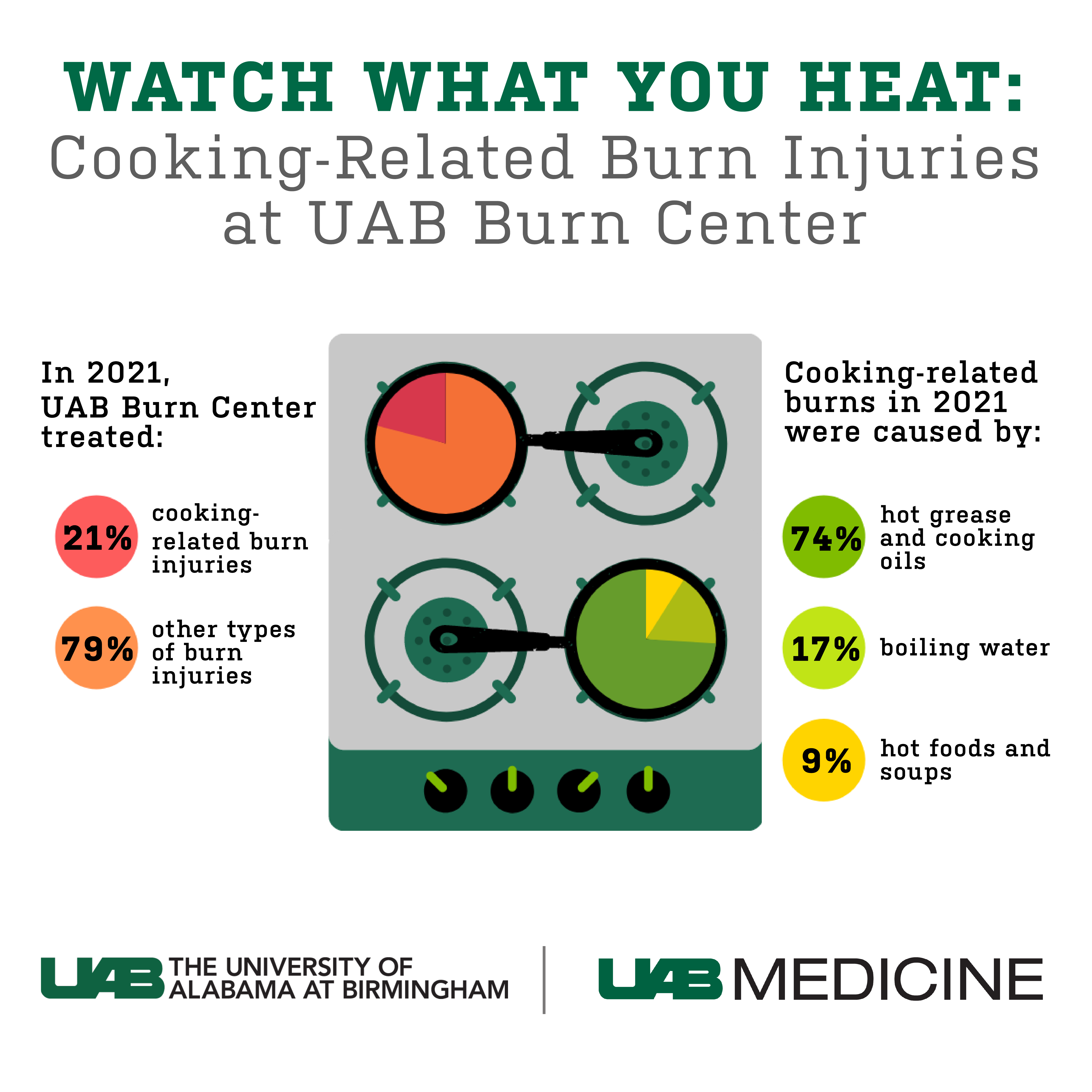 It was an afternoon hankering for some french fries that led to Daniel Key’s feeling flames cover his body, being airlifted to UAB Hospital, spending months in a coma and beginning the long process of burn recovery — all before his 19th birthday.

The University of Alabama at Birmingham Division of Trauma and Acute Care Surgery joins with the American Burn Association for Burn Awareness Week, held every year during the first full week of February. The focus this year is “Burning Issues in the Kitchen.”

And on June 2, 2009, during the summer after his high school graduation, then 18-year-old Key became a kitchen burn survivor.

A 20-minute distraction leads to a life-threatening injury

Key was at his home in Lincoln, Alabama, with his mother and brother and was feeling hungry. So he filled a pot with oil to begin making french fries, which, along with fried pickles, were one of his favorite things to cook.

As the grease was heating up, he stuck his head in his brother’s room to see what he was watching on TV and became engrossed in a show called “River Monsters.” Twenty minutes passed. Key suddenly remembered the pot full of grease he had left unattended. Dread set in. Before he even saw the fire, he knew it would be there.

“It’s like how Spiderman gets his tingle — the hair stood up on my arm,” Key said. “I turned the corner into the kitchen thinking, ‘Please, please, please don’t let this be on fire.’”

Sure enough, there were flames nearly a foot high coming out of the pot. 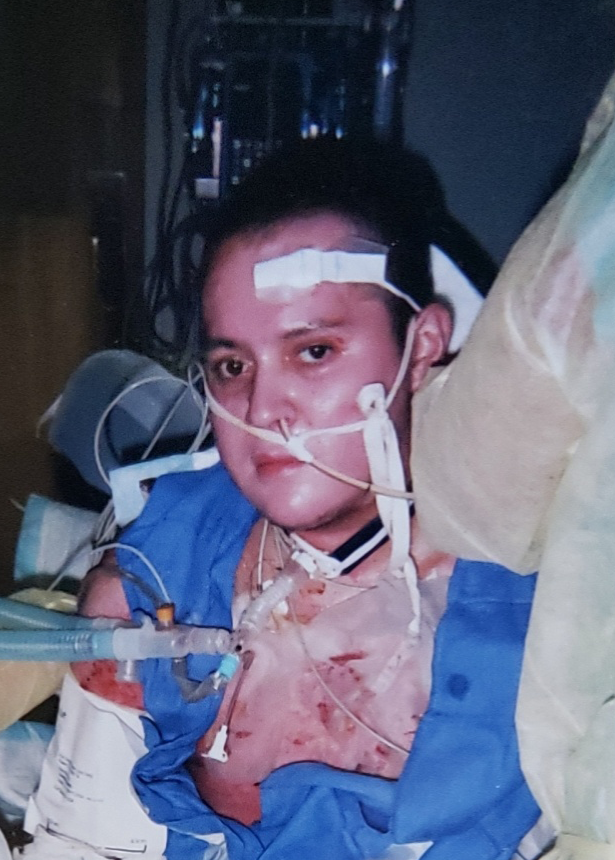 Daniel Key Key was in panic mode. He instinctually turned to get water for the flames, but he could hear the voice of his eighth-grade science teacher: “Never put water on a grease fire.” Key decided, if he could not put the fire out, he would take it out of the house. He picked up the pot, and hot grease splashed on his leg. The sudden pain caused him to throw the pot up in the air. As the pot came down, he was coated with grease and the flames engulfed him.

“It was like I was wearing a blanket of fire,” Key said.

He slipped in the grease that had spilled all over the tile kitchen floor, and he struggled to find the traction to get up. He tried wiping the grease off his body but the flames remained. He remembers looking through a veil of fire and seeing the terror on his mother’s and brother’s faces. His mom put the fire out by throwing a heavy quilt on top of him.

The fire was extinguished — but Key’s burns were severe. Because he slipped in the grease, 87 percent of his body was covered in second- and third-degree burns. He says his care team later told him he was one of the worst burn patients treated that year in the state to survive. He went to cool off in the shower with cold water — and that is when the shock set in.

“I saw myself in the mirror, and my skin was black in a lot of places and there were these huge boils all over me,” he said.

It was clear Key needed immediate medical attention — so he was airlifted to UAB.

Cooking injuries: unexpected but not rare

Key’s story is one that the UAB Burn Center sees again and again, says Hwang. Scald and grease burns are the most frequent mechanism of cooking-related injuries treated at the UAB Burn Center. Hwang says cooking-related burn injuries can range from a small flash burn to a second-, third- or even fourth-degree burn. Commonly treated at UAB are second-degree burns covering 5 to 10 percent of total body surface area. The burns are usually treated in the outpatient setting and heal in two to three weeks with proper burn wound care and nutrition.

More severe cooking-related burn injuries vary in how much of the body they cover but can require some form of skin coverage to minimize pain, promote healing and prevent scarring. Coverage of burn wounds varies on severity of injury and may require use of dermal substitutes or a skin graft.

“Burn injuries in the kitchen are unexpected, but unfortunately not rare,” Hwang said. “Patients are surprised how cooking, an activity they do every day, can very quickly lead to serious, life-changing injuries.” 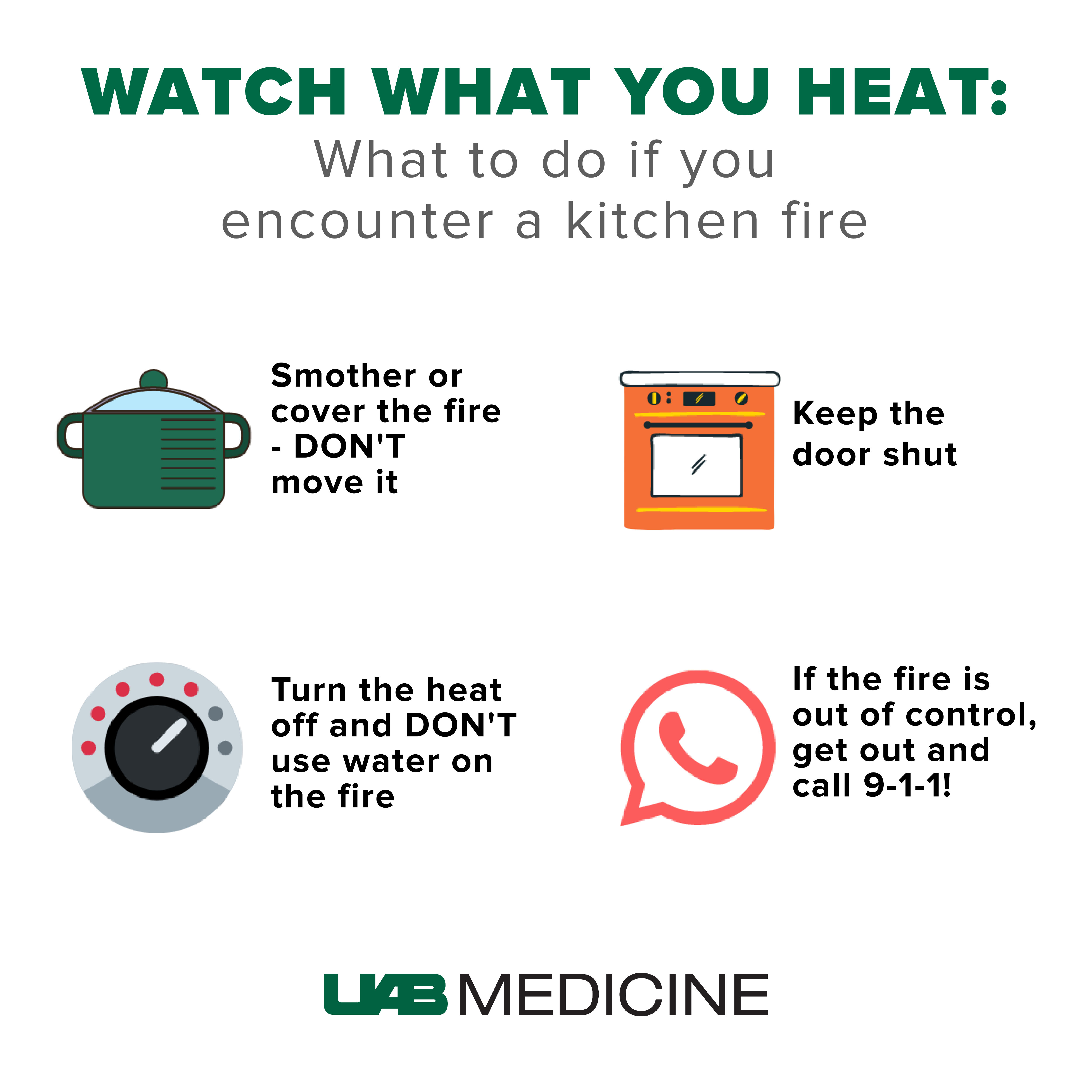 Prevent kitchen-related injuries, but know how to respond to a fire or burn

Hwang emphasizes that preventing a burn injury is always better than the pain and trauma of medical treatment afterward. Cooking only when alert, staying attentive to what you are cooking, not leaving the kitchen and setting timers are all key preventive tips shared by Hwang.

Do not throw water or flour on a kitchen fire, as it will increase the size of the fire and cause grease to splatter, causing injuries. Try to cover or smother the fire; but if the fire gets out of control, do not try to move it. Get out and stay out of the area, and call 9-1-1.

And finally, Hwang says, if you or your loved one find yourselves on the receiving end of a burn injury, remove yourself or your loved one from the source of the burn, remove all wet or hot soiled clothing from the wounds, run cool or tepid water for 15 to 20 minutes, and call 9-1-1 or go to the local emergency room if burn wounds are extensive or if skin is blistering and peeling off of large areas of the body.

“With a serious burn, shock may set in and you may not initially feel pain,” Hwang said. “But it’s important to seek medical care quickly if you suspect you have been badly burned.”

After being in a three-month medically induced coma, Key continued his two-year-long road to recovery. He spent three more months at UAB Hospital, and went through physical and occupational therapy, multiple surgeries for skin grafting using skin taken from the only remaining donor site on his body that had not been burned (his inner thigh), and learning to cleanse his wounds and change his bandages from his neck to his feet.

“My bathroom would look like a crime scene,” he said. 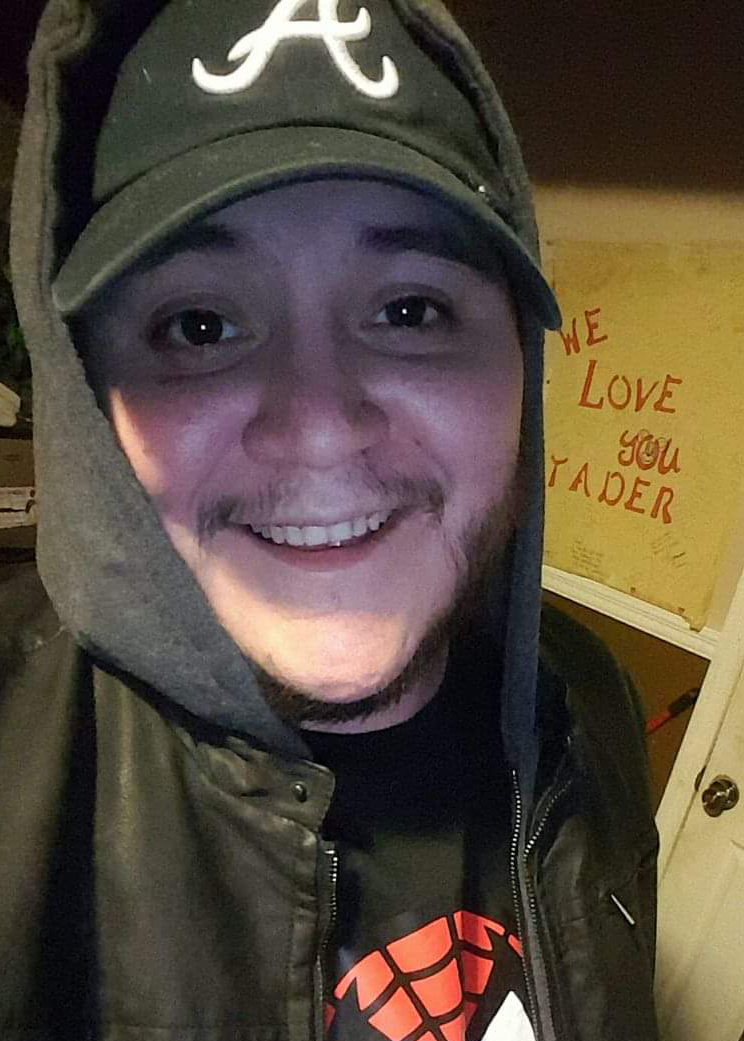 Daniel Key has recovered from the burns that covered nearly 90 percent of his body.Though Key suffered intense burns, he is doing well nearly 13 years after his injury. He regained use of his hands and legs thanks to physical and occupational therapy. He was warned he could potentially have permanent scarring on his face or lose the ability to grow a head of hair and facial hair — and he is happy neither of those predictions came true. He places responsibility for his recovery on his care team at the UAB Burn Center and the burn support group meeting held on the unit and led by fellow burn survivor David Hoefflicker.

Key cooks whatever he wants these days — unless it involves grease. If he does step out of the kitchen, it is for no more than a minute, and he keeps a fire extinguisher nearby.

“Don’t take life for granted,” Key said. “That’s hard to understand until you’re in a position where it can be taken from you.”

If you or a loved one is a survivor of a burn injury, contact traumacomm@uabmc.edu to be put in touch with the burn survivor group. If you have further questions on burn injuries or burn care, call the UAB Burn office at 205-996-BURN (2876).

To support the UAB Burn Center in its commitment to providing the highest-quality patient care, educating the next generation of surgeons, and advancing burn care research, you can make a donation to the Alan R. Dimick Burn Care Education Fund.