by Hannah Echols
Results published in the New England Journal of Medicine show the adenovirus was a common finding among nine pediatric hepatitis cases found in Alabama from October 2021 to February 2022. While adenovirus was identified in the blood of all nine hepatitis cases, causation has not been proved, and the role of adenovirus infection itself in this outbreak remains unclear. 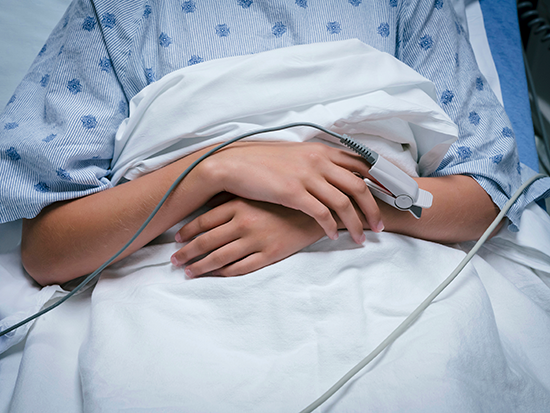 Results published in the New England Journal of Medicine show the adenovirus was a common finding among nine pediatric hepatitis cases found in Alabama from October 2021 to February 2022. While adenovirus was identified in the blood of all nine hepatitis cases, causation has not been proved, and the role of adenovirus infection itself in this outbreak remains unclear. From October 2021 to February 2022, nine pediatric patients in Alabama were diagnosed with severe hepatitis. Pediatric physicians from the University of Alabama at Birmingham Marnix E. Heersink School of Medicine and Children’s of Alabama began investigating the unusual cluster. They found only one preliminary link between the cases — adenovirus within the blood.

In a paper published in the New England Journal of Medicine, researchers from UAB, Children’s of Alabama, the Alabama Department of Public Health, and the Centers for Disease Control and Prevention discuss findings from the investigation of the nine cases. The findings showed while the adenovirus remains a common finding among the cases it is unclear whether adenovirus infection itself, or a combination of the virus with other factors, led to the pediatric hepatitis outbreak.

“Severe hepatitis and acute liver failure caused from adenovirus is rarely seen even among immunocompromised pediatric patients, which further raised flags when nine previously healthy children were hospitalized with varying degrees of illness, liver injury and even liver failure that led to transplants,” said Helena Gutierrez, M.D., medical director of the UAB and Children’s Pediatric Liver Transplant Program and lead author of the paper.

The nine patients were between 2 and 11 years old and resided in different areas in Alabama, and none attended the same day care or had known contact with each other. Three patients developed acute liver failure, with two requiring subsequent liver transplants. The remaining six developed severe hepatitis but not acute liver failure. 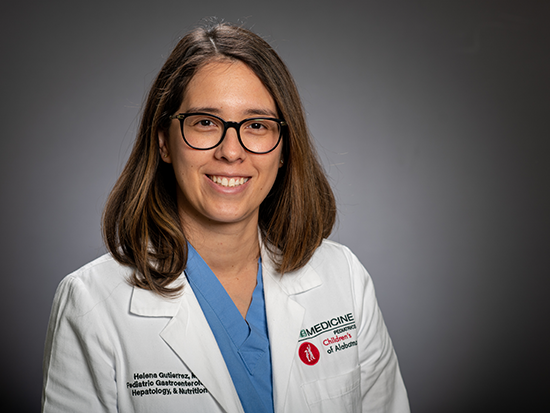 “There have been similar incidents described in the past where patients with severe hepatitis had adenovirus in the blood but not detected in the liver biopsies,” said Henry Shiau, M.D., pediatric hepatologist at UAB and Children’s of Alabama. “It’s unclear if the biopsies missed evidence of adenovirus presence due to sampling error or if the infection could be playing an indirect role, such as triggering a dysregulated immune response.”

Residual blood samples from five patients contained enough virus to be sequenced by Wadsworth Center, New York State Department of Health, where the adenovirus-41 strain was identified. Sequencing also found three distinct hexon variants, a major coat protein found in adenoviruses. Three samples were identical to a strain isolated in the Netherlands in 1981, one sample was identical to a strain isolated in the 1970s, and the last sample had one amino acid change when compared to other known sequences. The three hexon variations suggest, if adenovirus infection caused the hepatitis, then it was not driven by a single new or novel adenovirus strain.

Read more about the pediatric hepatitis outbreak in Alabama here.

Researchers note the timing of the outbreak during the COVID-19 pandemic should be considered. COVID-19 is known to cause elevation of liver enzymes and multisystem inflammatory syndrome in children. The nine children tested negative for COVID-19 upon hospital admittance but did not receive antibody testing, so it remains unclear whether COVID-19 played a role in the outbreak as well.

The nine Alabama cases were the first of many pediatric hepatitis cases found across the United States and Europe, with the World Health Organization reporting 920 probable cases from 33 countries as of June 24, 2022. Additionally, 64 percent of tested cases within the United Kingdom tested positive for adenovirus on the blood, and 77 percent of samples available for sequencing contained adenovirus-41.