Animals and people burn calories in an effort to keep warm, and room temperature may be affecting the testing and development of weight-loss drugs, says University of Alabama at Birmingham researcher Daniel Smith, Ph.D. 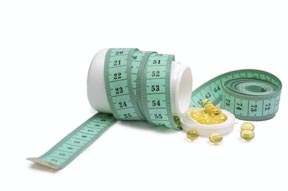 Smith, an instructor in the Department of Nutrition Sciences, received a 2011 Early-Career Research Grant from The Obesity Society for his proposal to examine the effect of room temperature on obesity-related drug effects in mice.

“More than 90 percent of weight-loss drugs that show promising results in lab tests fail to reach approval for treatment in humans,” said Smith. “There appears to be a translation gap from the bench to the market. I think the temperature used in animal research facilities may be part of the reason.”

Smith noted that most animals are tested in rooms where the temperature is near 22 degrees Celsius (72F), which is comfortable for most adult humans. However, that temperature is cold for mice, which have to eat more to elevate their metabolic rate to meet the constant, cold stress.

“If you raise the temperature to 30 degrees Celsius, that puts the mice in their thermo-neutral zone or a comfortable temperature for them, mimicking more closely what humans experience in modern daily life,” said Smith.

Smith will test a handful of weight-loss drugs in a group of mice housed at 22 degrees Celsius and another group at 30 degrees Celsius. Food intake, body weight and body composition will be measured to determine drug-related, weight-loss effects in the two temperatures. He said this study could be an important turning point for obesity researchers using animal models.

“This could change the models of pre-clinical drug testing,” said Smith.

Smith will be acknowledged at The Obesity Society’s 29th annual Scientific Meeting in Orlando, Fla., in October.  The organization received 90 applicants; only two received the one-year, pilot-study grant.