Saw palmetto not effective for urinary issues in men with BPH

A large national trial showed the over-the-counter herbal product did not work better than placebo.

The fruit extract of the saw palmetto plant has been sold for years over the counter to men as a way to relieve urinary problems caused by an enlarged prostate. But according to a study in the Sept. 28, 2011, issue of the Journal of the American Medical Association, co-authored by University of Alabama at Birmingham researchers, it works no better than a placebo in reducing these symptoms. 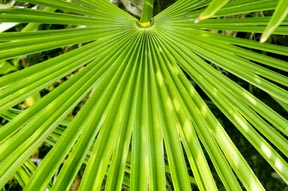 “Saw palmetto has been sold, and continues to be sold, with no scientific evidence to back up the claim that it helps men with the urination issues caused by an enlarged prostate,” says JAMA study co-author Alan Cantor, Ph.D., professor in the UAB Division of Preventive Medicine.

“There have been a number of small studies recently that offered either conflicting or inconclusive results. This study is distinguished from the others because it was a large, doubled-blinded study and utilized three different doses of saw palmetto to allow for the possibility that the dosage made a difference in its effectiveness. And, in the end, we found saw palmetto is not effective for this purpose.”

Benign prostatic hyperplasia, or an enlarged prostate, is a common cause of a number of symptoms among older men, including excessive urination at night, issues with sexual function, incontinence and prostatitis, and may be treated with medications, minimally invasive therapies or surgery. Cantor said natural remedies, such as saw palmetto, also are widely used to try to help relieve these symptoms.

Cantor, and former UAB colleagues O. Dale Williams, Ph.D., and Sreelatha Meleth, Ph.D., and Jeannette Lee, Ph.D., were part of the trial that was conducted at 11 North American clinical sites between June 2008 and October 2010.

The research team sought to determine if an escalating dose over 72 weeks would improve urinary symptoms attributed to an enlarged prostate. It included 369 men, ages 45 years or older, with a minimum peak urinary flow rate of 4 milliliters per second and an American Urological Association Symptom Index score of between 8 and 24 at two screening visits. Participants received one, two and then three 320 mg gel caps of saw palmetto extract or placebo, with dose increases at 24 and 48 weeks.

The primary outcome the researchers looked for was a change in the AUASI score from the baseline to 72 weeks. They analyzed participants at 12, 24, 36, 48, 60 and 72 weeks. The average AUASI score decreased 2.2 points between the beginning of the study and at 72 weeks with saw palmetto extract and 2.99 points with placebo, meaning the participants showed no significantly greater improvement in their urinary symptoms with either the saw palmetto extract or placebo at any dose level. No adverse effects were identified.

“A lot of remedies such as saw palmetto have come into use based on anecdotal evidence without solid scientific research to support the claims,” Cantor says. “It’s important to know if these remedies actually work or if someone just believes that are working because of the placebo effect. Studies like this also are important because lots of money is spent on supplements like these and if they don’t work, it’s a lot of money wasted.”