by Jim Bakken
National honor recognizes UAB nurses as among the best in the nation.

The University of Alabama at Birmingham Hospital has been granted recognition as a Magnet hospital for the third time from the American Nurses Credentialing Center, signifying the hospital’s place in an elite group of fewer than 400 hospitals around the world acknowledged as centers for nursing excellence. UAB was the first hospital in Alabama to earn Magnet status and is one of only two hospitals in the state currently holding the designation. 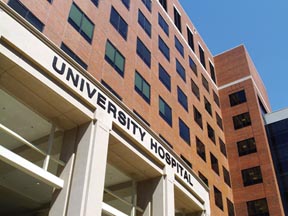 “This is independent confirmation of something we have known for some time: UAB nurses are among the very best in the nation,” said UAB Hospital Chief Executive Officer Michael R. Waldrum, M.D. “Hospitals that attain Magnet status typically demonstrate better patient outcomes and higher satisfaction rates among their patients and nursing staff. When people turn to UAB, they can be assured that their nursing care is second to none.”

Magnet certification is the culmination of a rigorous application process. To be re-designated as a Magnet organization, a hospital must provide documented evidence of how Magnet concepts, performance and quality were sustained and improved over the four-year period since the hospital received its last recognition. If there is strong written evidence, then an on-site review is conducted by Magnet appraisers. The site visit for UAB Hospital was held in August 2011; four appraisers spent four days visiting every nursing unit and meeting with nurses, physicians, administrators and other members of the health-care team. The official announcement was made Oct. 18.

“Today’s nurse must be adept at many aspects of health-care delivery,” said Chief Nursing Officer Velinda Block, D.N.P., R.N. “UAB’s nurses are called upon to master increasingly complex medical technology and stay abreast of the rapidly growing body of best-practice evidence. They are entrusted with educating the patient about their condition and providing emotional support to the patient and their family. Magnet recognition is the gold standard of our profession and reflects the high level of competence and dedication of UAB’s entire nursing staff.”

The Magnet Recognition Program was established in 1993. It is the highest level of recognition that the American Nurses Credentialing Center, a subsidiary of the American Nurses Association, can bestow upon organized nursing services in health-care organizations. The goals of the program are to recognize excellence in nursing services and promote and disseminate successful nursing practices.