High blood pressure and diabetes can also lead to memory and thinking problems.

The same factors that increase your chances of having a stroke, including high blood pressure and diabetes, can also lead to memory and thinking problems, according to new research from the University of Alabama at Birmingham. 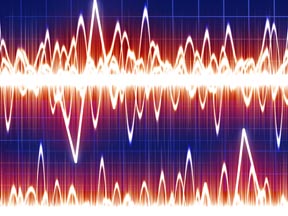 The study, published in the Nov. 8, 2011, issue of Neurology, followed 23,752 participants of the long-running REGARDS, or Reasons for Geographic and Racial Differences in Stroke study, who previously had not suffered from stroke or cognitive impairment.

Researchers determined each participant’s risk of stroke at the beginning of the study using the Framingham Stroke Risk Profile, which uses blood pressure, history of diabetes, cigarette use, cardiovascular disease, abnormal heart rhythm and a thickening of the heart muscle (LVH) to estimate risk.

Cognitive health was measured with a test consisting of six questions including recall of a three-word list and perception of time. To be considered cognitively intact, a person had to score a five or six.

Researchers hypothesized that the higher the stroke risk, the greater the chance of increased memory or thinking problems, and an association was found.

“Because there’s a strong belief that cognitive decline is a subclinical marker of other vascular diseases like hypertension, it wasn’t a surprise to find the same factors that affect stroke affect cognitive function,” explains Leslie McClure, Ph.D., UAB associate professor of biostatistics and co-author on the study.

Age and presence of LVH were the only FSRP component factors independently associated with future development of cognitive impairment.

“This finding is very important because it helps us understand that helping to control stroke-risk factors, in particular blood pressure, also will help to control or reduce the risk of memory and thinking problems,” McClure says.

Of the nearly 24,000 participants, 1,907 developed memory and thinking problems after four years. If the participant scored four or lower on the SIS after initially obtaining a higher score when first enrolled, it indicated cognitive decline.

The group of participants with cognitive impairment was significantly older and more likely to be male, African-American, a resident of the eight-state region in the South known as the Stroke Belt, and to have completed fewer years of education than the group without cognitive impairment. This group also had higher systolic blood pressure, more use of antihypertensive medications, higher prevalence of diabetes, LVH, atrial fibrillation and history of heart disease than the group that stayed cognitively intact.

“These results could be applied to a clinical study where you look at the impact of reducing each participant’s blood pressure and following them to see if different levels of reduction and control of other stroke risk factors reduces risk for memory and thinking problems,” adds McClure.

McClure says each health-related decision you make daily could affect your future — and it’s up to you on how it turns out.

“Living a healthy lifestyle —having a normal blood pressure and a proper diet — help reduce your chances of having memory and thinking problems and your risk of stroke.”

REGARDS, led by George Howard, enrolled 30,239 people ages 45 and older between January 2003 and October 2007. It is funded by the National Institutes of Health National Institute of Neurological Disorders and Stroke and is focused on learning more about the factors that increase a person's risk of having a stroke.