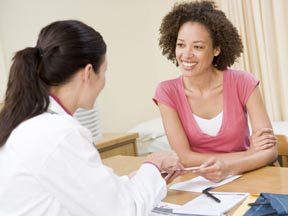 The Microbicide Trials Network is testing whether a vaginal ring that delivers two antiretroviral drugs is safe for use in women seeking to prevent HIV infection, with UAB serving as one of three testing sites. Craig Hoesley, M.D., UAB professor of medicine, will oversee the Phase 1 clinical trial at UAB, which is the first to evaluate a vaginal microbicide combining two active drugs, dapivirine and maraviroc.

There are 34 million people living with HIV and half of those are women, according to the MTN. Until now, clinical trials for HIV prevention for women have been focused on vaginal gels. The MTN believes a ring, which would be used monthly, rather than the daily use of a gel, would have better chances of being used by women.

The early-stage trial is funded by the U.S. National Institutes of Health and will measure the safety of the device in 48 HIV-negative women ages 18 to 40 enrolled at UAB, as well as at the University of Pittsburgh and the Fenway Institute. Screening for potential participants has begun and is expected to be completed in less than a year. Study results are expected by early 2013.