Alabama sees a 50 percent increase but rates are the lowest among study sites, which could mean children are not being diagnosed and are not receiving services.

Diagnoses of autism spectrum disorders continue to rise in the United States. New estimates show it affects one in 88 American children — up from one in 110 in 2009 — according to data collected by researchers at the University of Alabama at Birmingham who led the Alabama Autism Surveillance project, a part of the Centers for Disease Control and Prevention’s Autism and Developmental Disabilities Monitoring Network. 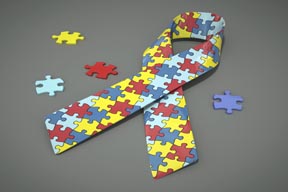 The new findings, released March 29, 2012, in the CDC’s Morbidity and Mortality Weekly Report, are based on the 2008 surveillance year, which was completed in 14 ADDM sites. Children who were 8 years old in 2008 were eligible for the study based on criteria that were consistent across all the sites. Information was obtained from children’s evaluation records to determine the presence of autism spectrum disorder symptoms at any time from birth through age 8.

Autism spectrum disorders are a group of developmental disabilities that can cause significant social, communication and behavioral challenges. Since the multi-site surveillance began in 2002, there has been a 78 percent increase in the identification of autism in these selected communities. Martha Wingate, Dr.PH, director of the AASP and associate professor in the UAB School of Public Health, says the increase in autism diagnoses is likely due to multiple factors.

“It is in part due to increases in awareness and changes in the way children are diagnosed and served,” Wingate says.

“Although part of the increase is due to identification, I don’t think that explains all of it. We are limited with these data to study exactly what we want to know, which is what causes it and what do we do about it. We need continued research related to risk factors and causes,” Wingate adds.

The study also shows that boys are almost five times more likely to be diagnosed with autism than girls and it is more prevalent among white children. And, though the greatest rate of increase over time is among Hispanic and black children, Wingate believes this disparity could be due to better identification in minority groups.

“Better identification in minority groups could explain some of the overall increase, but more children are being identified in all three groups,” Wingate says.

In Alabama, data was collected from 32 counties (around and north of Interstate 20) in order to meet the requirement of having a population base of at least 30,000 children. Despite covering a large geographic area the lowest number among all ADDM communities was reported here: 1 in 210 children have been identified to have an autism spectrum disorder.

“I don’t believe we have fewer children and families affected by ASDs in Alabama when compared with other sites. We don’t think there is anything particularly protective in Alabama in terms a diagnosis of an ASD,” Wingate says.

“Our lower number could reflect some differences in how children are able to access services and screenings.”

Even so, Alabama statistics reveal an almost 50 percent increase in diagnoses since 2002.

Wingate says an overall increase in the prevalence means more services and programs are needed for children with autism and their families.

“Regardless of the cause of the increase, more children than ever are being identified with autism, and they are not being diagnosed as early as they can be. Early screening and diagnosis can improve access to services during critical periods of development,” Wingate says.