The Supreme Court decision to uphold the Affordable Care Act will be a political football; its long-term existence depends on 2012 election.

The ruling on Affordable Care Act by the U.S. Supreme Court was a surprise to many, in part because speculation leaned heavily toward it overturning the individual mandate — if not the entire law, says M. Paige Powell, Ph.D., MHA, assistant professor of Health Care Management in the University of Alabama at Birmingham School of Health Professions. 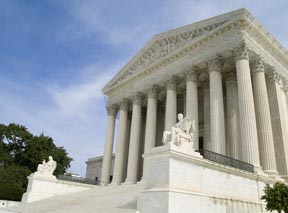 Much depends on the November elections, Powell says. “The U.S. House will continue to work to repeal the ACA. Only a change in the presidency and power balance in the U.S. Senate following the elections would allow that to occur, assuming the House remains in Republican control. If President Barack Obama wins re-election, then the law will continue to be implemented as is, since he would certainly veto any legislation that repeals it,” she says.

The longer the law remains in effect and the more provisions that are implemented, then the harder it will be on a practical basis to dismantle the pieces in place.

“Although the Supreme Court has ruled, this issue is far from over,” Powell says. “This law should dramatically improve access to health care for millions of Americans, and hopefully improve quality, but its impact on the cost of health care is likely going to be much higher than projected. What is certain is that we now have moved closer to achieving universal coverage.”

In the near-term, though, insurance exchanges and benefits will need to be set up and in operation by 2013. This may be a challenge for many states, including Alabama. The state has been preparing for an exchange but has not passed legislation to create one, so it may not be operational by 2013. If an exchange is not operational, the federal government will create one and operate it for the state. This will be a disadvantage to states that want to tailor exchanges to its residents’ needs or preferences, Powell says.

People with pre-existing conditions no longer will be excluded from insurance markets, and premium rating still is on a modified community-rating basis. People will be able to purchase insurance from the exchange or through their employer. Employers with more than 50 employees who do not offer insurance will have to pay a fine of $2,000 or $3,000, if the employee receives a premium subsidy.

If Alabama or any other state participates, the Medicaid expansion also will become effective in 2014. An estimated 600,000 Alabamians will become eligible for Medicaid in 2014, meaning the state’s Medicaid program potentially could double overnight, Powell says.

“There will be more than 500,000 newly eligible adults and 90,000 children,” she says. “There may be as many as 700,000 total adults and children who enroll because some people now eligible for the program haven’t yet enrolled for various reasons. Some people may not even be aware that they are eligible, some may not want to fill out the paperwork and some simply may not want government assistance. But even without the individual mandate, a portion of those 100,000 individuals will now sign up for Medicaid because they will become aware they’re eligible or because of easier enrollment processes built into the law.”

The federal government will pay 100 percent of the cost for the newly eligible Medicaid beneficiaries for the first two years of the law, then 95 percent in 2017, 94 percent in 2018 and 92 percent in 2019. It will then pay 90 percent of those costs after 2020. Unfortunately, many poor states already have trouble paying for existing Medicaid populations and look to have continued problems under the expansion. Our Medicaid program already is in financial trouble. The Alabama Medicaid commissioner resigned earlier this year, stating that we need a financial expert to run Medicaid, and the state was not able to meet the cuts to Medicaid that Gov. Robert Bentley requested.

Can states afford to pay for the Medicaid expansion?

“There are few solutions, and none of them are palatable,” Powell says. “In Alabama, we can cut benefits to recipients, but Alabama already is not very generous in this respect. We can cut payments to providers, but Alabama already doesn’t pay providers enough to cover costs. Finally, we can raise taxes to pay the new difference, which the general public usually abhors. The most practical solution may not turn out to be the most palatable, but we must find a way to pay for the care of the Medicaid beneficiaries in our state, if not the 600,000 for the expansion, then the 100,000 who are eligible and may sign up under the individual mandate.”